Your Dark Heart of Skyrim Adventure Begins with Harrowstorm Your next great adventure begins with The Elder Scrolls Online: Harrowstorm, now available on Xbox One. The first part of the new year-long storyline, Harrowstorm introduces two new dungeons for four-player groups: Icereach and Unhallowed Grave.

Kicking off The Dark Heart of Skyrim adventure, what you
discover in these dungeons will set up the events of the upcoming Greymoor Chapter, arriving June 2, 2020.
Announced
in January, the Dark Heart of Skyrim is a massive year-long storyline that
takes part across all four of ESO‘s
upcoming 2020 releases, starting with Harrowstorm
and continuing with the new Chapter and beyond.

In Icereach, you and your party must travel to the frigid
island home of the Icereach Coven to uncover the origins of a powerful
supernatural storm that has besieged Skyrim’s northern coast. As you descend
into the witches’ island fortress, you’ll encounter crazed cultists, magical
beasts, and the sinister sisters of the coven themselves.

If this seems like a lot to handle, don’t worry, you’ll be
joined in your expedition with a familiar ally from the ESO base game: Lyris Titanborn! Together, you must uncover the
source of the storm and smash the coven’s terrible plans.

In Unhallowed Grave, a mercenary band of Necromancers and
monsters has looted an ancient burial site buried deep beneath the sands of
Bangkorai. The last member of the Pyre Watch, a group tasked with guarding the
tomb, needs your help to enter the long-forgotten gravesite and repulse the
invaders. Be wary, while the Draugrkin are powerful foes in their own right,
you also face the tomb’s ancient guardians and winding perilous pathways, too!

You can complete both dungeons in normal, veteran, and hard
mode difficulties, allowing you to tailor the challenge to your liking, and
each dungeon brings all-new rewards, including powerful new item sets, unique
collectibles, and more!

If you’re excited to begin your next big adventure, you can
get access to Harrowstorm via your
ESO Plus membership (all in-game DLCs are free when you have ESO Plus!) or by
purchasing it with crowns from the in-game Crown Store.

The Elder Scrolls
Online: Harrowstorm, ESO‘s newest
dungeon DLC, is now live on Xbox One. For more on Harrowstorm, Greymoor,
and the Dark Heart of Skyrim, visit elderscrollsonline.com. 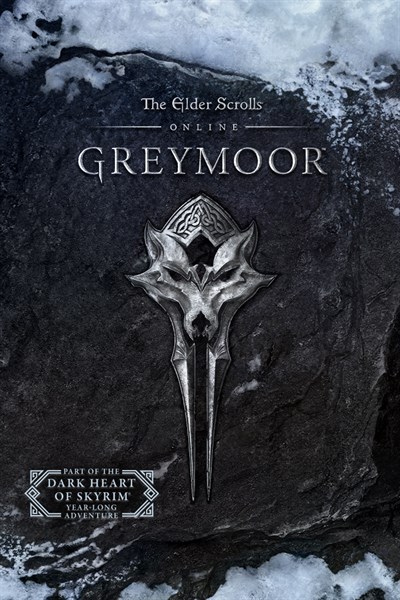 ?????
16
?????
$59.99
Get it now
The Dark Heart of Skyrim beats from the depths in The Elder Scrolls Online: Greymoor. Explore the snow-swept region of Western Skyrim and face an ancient vampiric army that once plagued Tamriel as part of a year-long gothic adventure.

• BEGIN YOUR JOURNEY WITH GREYMOOR – With a new tutorial and a standalone story, Greymoor is built for new players.
• EXPLORE WESTERN SKYRIM – Venture through an iconic land, 1,000 years before the events of The Elder Scrolls V: Skyrim. Explore the unforgiving homeland of the Nords, both above and below ground.
• DEFEAT THE DARKNESS – Protect the world of the living from an army of Vampires, Werewolves & Witches.
• YEAR-LONG GOTHIC SAGA – ESO once again delivers a new story that builds with each quarterly release.