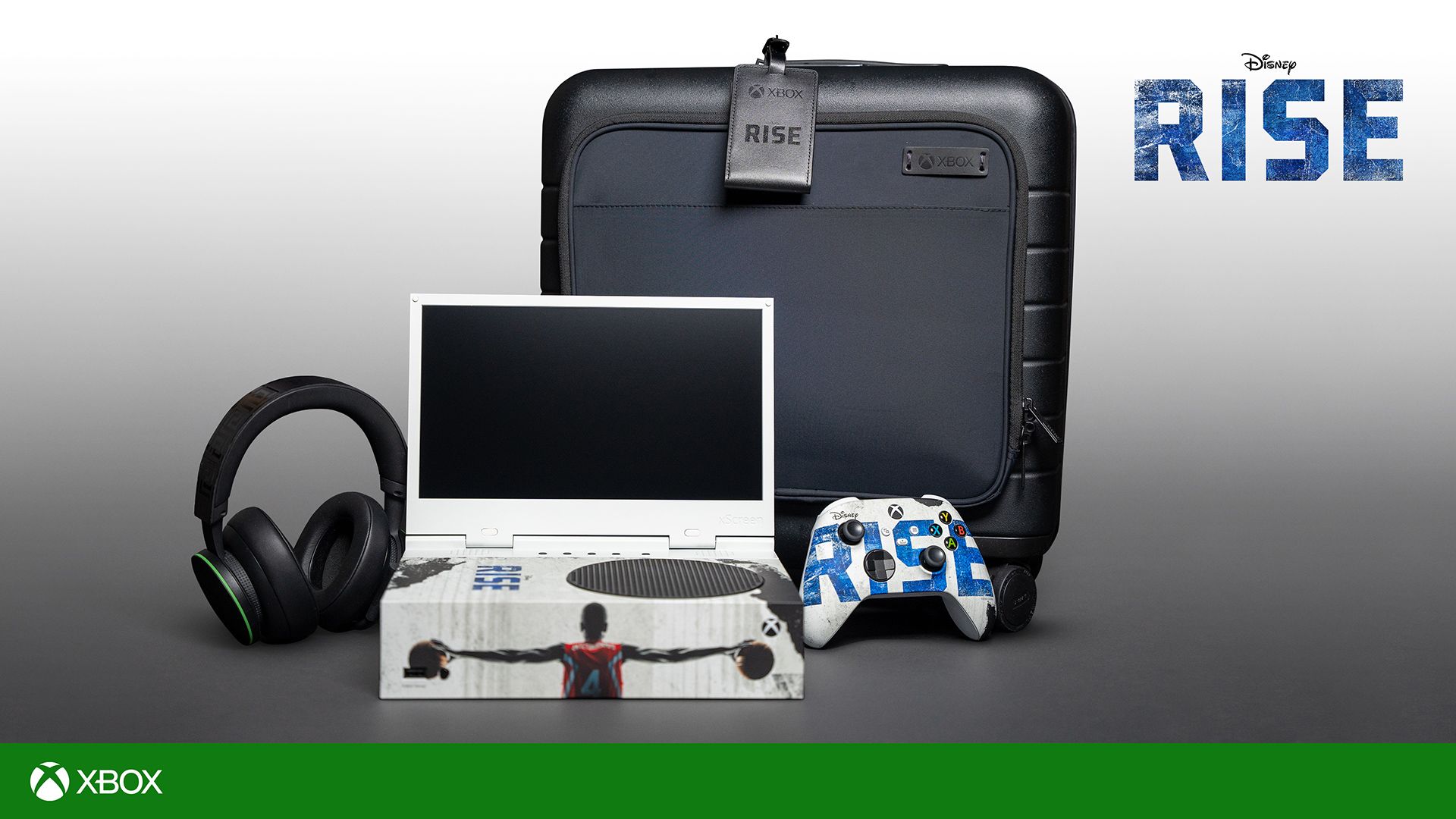 No matter how ambitious the dream, the power exists to turn your dreams into reality! Xbox has powered up with Disney to celebrate the all-new movie, “Rise,” by designing a custom travel kit from UpSpec Gaming that includes an Xbox Series S, an Xbox Wireless Headset, portable screen, and traveling case. The travel kit draws many inspirations from Giannis Antetokounmpo, the muse behind Disney’s latest motion picture and highlights several elements of his Greek culture, including Greek inspired patterns, drawing upon the piercing blue and white colors of the country’s calm seas. Now, fans around the world have the chance to win one of these custom UpSpec Gaming Kits by retweeting @Xbox on Twitter. See official rules.

Audiences have never seen a story like that of the Antetokounmpo’s. After emigrating from Nigeria to Greece, Charles and Vera Antetokounmpo (Dayo Okeniyi and Yetide Badaki, respectively) struggled to survive and provide for their five children, while living under the daily threat of deportation. With their oldest son still in Nigeria with relatives, the couple were desperate to obtain Greek citizenship but found themselves undermined by a system that blocked them at every turn. When they weren’t selling items to tourists on the streets of Athens with the rest of the family, the brothers, Giannis (Uche Agada) and Thanasis (Ral Agada), would play basketball with a local youth team. Latecomers to the sport, they discovered their great abilities on the basketball court and worked hard to become world class athletes, along with brother, Kostas (Jaden Osimuwa). With the help of an agent, Giannis entered the NBA Draft in 2013 in a long shot prospect that would change not only his life but the life of his entire family. And last season, Giannis and Thanasis helped bring the Milwaukee Bucks their first championship ring in 50 years, while Kostas played for the previous season champs, the Los Angeles Lakers.

Xbox and Disney also invited members of the Boys & Girls Club of San Fernando Valley chapter to attend the film’s launch event alongside talent and filmmakers. There they had the opportunity to be one of the first, exclusive groups to see the film, highlighting Giannis & the Antetokounmpo family’s rise to greatness and received “Rise” Upspec Gaming Kits for on-the-go-gaming to help fuel their dreams inspired by the empowering message from the all-new movie.

Be sure to stay tuned on @Xbox for your chance to win and catch Disney’s “Rise” (rated PG) – now streaming exclusively on Disney+ (subscription required, must be 18+).