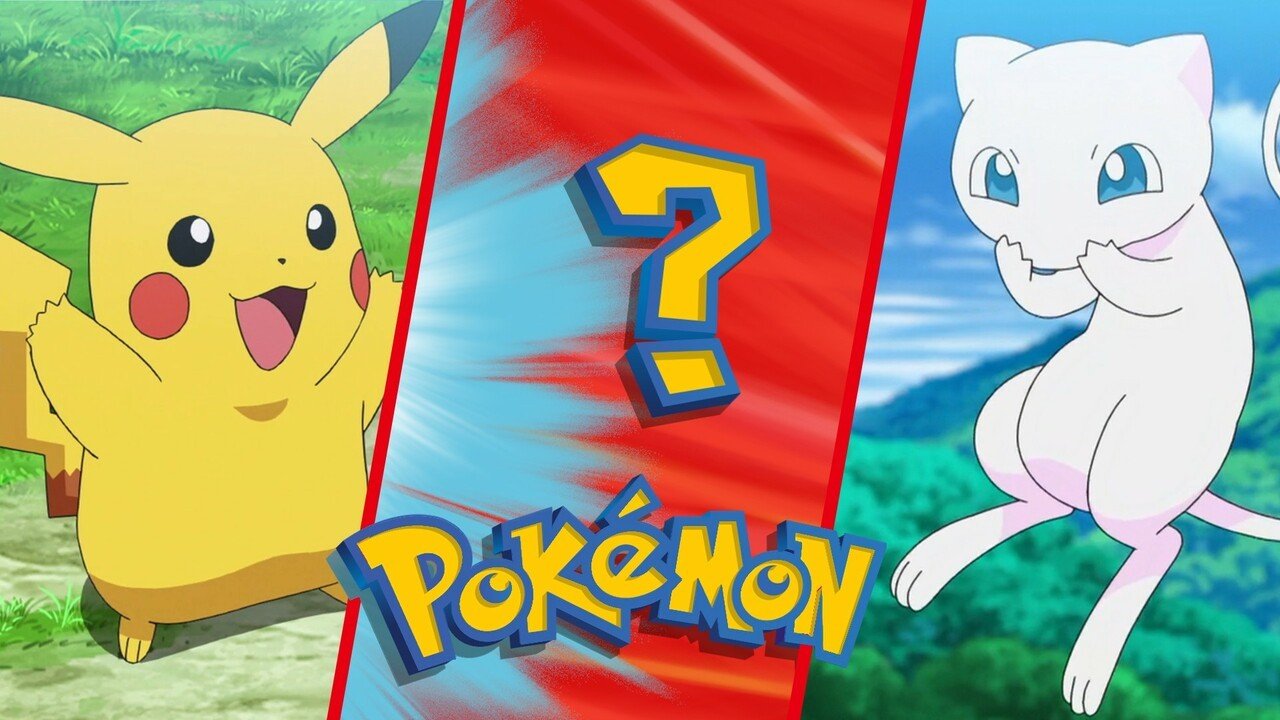 Pokémon Scarlet and Violet are on their way, presumably adding another hundred-or-so critters to our ‘Dex, and we can’t lie — some of them are already winding their way into our hearts. There’s Fidough, the purebread dog that everyone loves, Smoliv and Lechonk, the little guys with meme names, and Pawmi, Gen IX’s Pikachu stand-in, not to mention the cute starters of Quaxly, Sprigatito, and Fuecoco.

But, ahead of Scarlet and Violet tearing up our list of favourite Pokémon, we thought we might take the time to decide who holds the top spot in our hearts — and what that says about us as people, players, and trainers. Join in with us in the comments!

I have a pretty weird range of reasons I get attached to a Pokémon. Some of my favourite types are Ghost, Electric, Dark, and Psychic, but sometimes that doesn’t even matter. It often simply comes down to aesthetics – is it a cool dog? Is its Pokédex entry weird? Is it really darn cute? Or is it a crocodile?

Yes, really. Crocodile-like, and lizard-like Pokémon in general, are some of my favourites. Totodile is my favourite starter; he was my first real starter, and I named him Croc. He’s just so hyperactive and enthusiastic that it’s hard not to love the little fella.

But more recent times have introduced me to Krookodile, Generation V’s own sneaky, snarly croc. Krookodile is just one of my favourite concepts for a Pokémon ever. It’s a crook! Its eyes look like a thief’s mask, and it’s potentially based on Sobek, the Egyptian deity that has a common epithet that essentially says “he who loves robbery”. You can probably tell who my Generation IX starter is going to be, going on this.

But my all time favourite is Arcanine. Nope, not a crocodile, but a flaming fire dog that you can ride on. It’s so big too! I was one of those little kids who’d watch the opening of the anime and see Ash on Arcanine’s back and dream of one day being there too. I still do now, really. An Arcanine in real life would make things much easier.

I don’t know how to choose my ultimate favourite Pokémon. Aesthetically, I love Snom to death (and I bought a Snom onesie to prove it, even). But in terms of the Pokémon that stuck with me for the longest, or mattered to me most, it has to be my favourite starter, doesn’t it?

That would be Chikorita, eventually Meganium, although I knew him as just “Chicky”. He wasn’t a competitive Pokémon, not really — but he got the job done. Mostly just by using Solar Beam and Razor Leaf over and over. I’m not really much of a min-maxing kind of Pokémon trainer! I just hit things until they fall over, and carry ten billion Max Revives and Hyper Potions.

However, just so everyone doesn’t pick their starter, I also want to give a shout out to Dreepy and Dragapult, which I think have a fantastic mixture of cool design and great stats. Now I’m old enough to pay attention to those things, it turns out they make a huge difference! Most “cute” Pokémon don’t really hold their own in battle, but Dragapult does. Also, he was my first perfect-IV Pokémon (after many hours of really boring breeding. I don’t know how people do it)!

Picking my favourite Pokémon is like choosing between my children, it’s simply not fair. The only way that I could think about this logically was to divide my calculations into two camps: starters and others.

My favourite starter is simple as, much like everyone else, it comes down to the first one I ever picked. That leads me to Mudkip. He’s my best friend, he’s my pal, he’s my homeboy, my rotten soldier, my sweet cheese, my good time boy. He’s the answer that I come back to time and again in response to this question because of the sheer number of hours that I have spent with that little guy. He’s also the first Pokémon that I ever maxed out, and our Hydro Pump was a force to be reckoned with.

However, it’s not fair to think “favourite Pokémon” and instantly go to the main players. What about all those other guys that have to strive hard for a spot in the starting line-up? That’s where my complete adoration of Axew comes in. I mean, he’s a dinosaur who sounds like a sneeze – what’s not to love? It’s true, he’s a more recent addition to the franchise, but I just love how the little fella grows up to pack some monster punches – Laser Focus and Giga Impact? That’s a big combination for one who once seemed so cute.

Cuteness leads me down a whole different path, but I can settle on my flipper and dino boys until then.

Analysis: Jim enjoyed What We Do In The Shadows. He also enjoys the combo of cute-but deadly.

When it comes to picking your favorite Pokémon, a safe answer can be to go with your gut and choose your first ever starter. For me though, that Charmander I originally grew up with drifted away over the years and my appreciation for the grass starter, Bulbasaur grew and grew! And while Bulbasaur is still fun and cute these days, Ivysaur has landed the top spot in my book for almost a decade now thanks to the punky yet still adorable look of the middle evolution Gen 1 starters.

I base a lot of my fondness for Pokémon on their “coolness” factor and not on how effective they are in battle. Ivysaur is like a frog dog combo that got lost in the woods and became truly one with nature. A real buddy that you could go on a hike! Plus they can use their vines to catch you if you trip and fall! Pals forever, I swear!

Analysis: Zion seeks companionship in his Pokémon more than anything, and like Alana, wishes for a world where Pokémon are real.

I’m very much a purist when it comes to Pokémon (and by “purist”, I mean that most of the Pokémon after the initial 151 have very much fallen out of my memory), so my favourite will always – without question – be one of the creatures from Red and Blue. I’m also going to be incredibly boring and predictable here and just say Mewtwo, which I know is the most obvious answer possible, but you have to understand that as a ten year old back in 1999, Mewtwo was undoubtedly the coolest Pokémon around.

After beating the Elite Four in Pokémon Blue, meeting and subsequently catching Mewtwo felt like a natural conclusion to the game (I was never particularly interested in fully completing the Pokédex at that age), providing a wonderful sense of accomplishment and catharsis after trawling through the game for dozens and dozens of hours. Not only that, but Mewtwo swiftly became the crown jewel of my Pokémon team, and I felt like I could take on any trainer in Kanto and beat them with ease.

My love for Mewtwo wavered ever so slightly when I walked out of a store on a hot, sunny day and pulled a shiny Charizard card out of a pack of cards I’d just casually picked up from the shelf. Even then, I knew this was the card; the one that everybody sought so dearly, and it made my love for Charizard grow exponentially, particularly given that Charmander was my first ever Pokémon. But when it comes down to it, Mewtwo will always be my true favourite.

Is your favourite Pokémon just your first starter, or do you have a more unusual fave? Tell us in the comments — and, if you like, what you think your choice says about you!