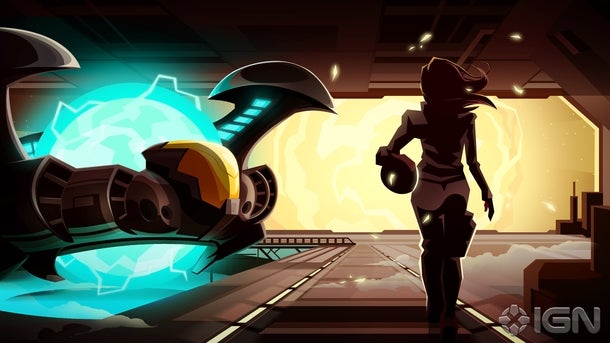 Rhythm is the X-factor in almost any fast-paced action game. The best ones arm you with an array of simple techniques and condition you to apply them in time with the specific beat of the gameplay. Velocity Ultra does precisely that by weaving together multi-directional shooting and teleportation mechanics at breakneck speeds, creating a vertically scrolling shooter that not only marches to its own tune, but also begs you to follow along until you can match its every step perfectly.

Initially, Velocity Ultra looks much like any other vertically scrolling shmup where you take down formations of enemies with little more than a peashooter that gets progressively shootier as you go. Enemy variety is almost as thin as your armory, which sports but a few uninspired weapon pickups with limited-time use. Its cookie-cutter art doesn’t exactly set it apart either, though it’s technically competent enough to look sharper and run smoother than its PSP counterpart, even as the screen quickly fills with bullets. Measured purely as a shooter, Velocity Ultra is entirely competent, but a bit toothless compared to classics like Blazing Lazers and Space Mega Force.