The Inspiration Behind Glaive: Brick Breaker

Game industry changes, popular and trending games differ by era. The arcade games we knew in the 80s and 90s are a minority now. We wanted to rekindle that old-school flame once again with Glaive: Brick Breaker.

Keeping that thought in our minds, we wanted to make a game that would bring those old memories back. With upgraded game systems, new ideas for game mechanics, better visuals, level creator and local versus mode we wanted to present brick breaker genre from a new perspective. You will find many different power-ups in game like magnetic fields, blasters, rockets, fireballs and even special abilities usable in each stage.

Players will find over 200 levels of pure arcade fun, great for short game session between bigger titles. That’s also something we do, while creating games – quick few rounds of Glaive: Brick Breaker during coffee breaks ideally put out any work tension we had.

It’s always great to create something you had in your mind – we incorporated Level Creator mode in Glaive: Brick Breaker, so players can create their own levels and play them. Among different stage themes we have brick types, with different behaviors, possibility to set brick’s durability, color, model and more.

We hope you’ll enjoy breaking down bricks in many levels of Glaive: Brick Breaker as much as we have enjoyed making the game in the first place. We hope so especially now, since our title was made available on Xbox One and we are very happy about this. 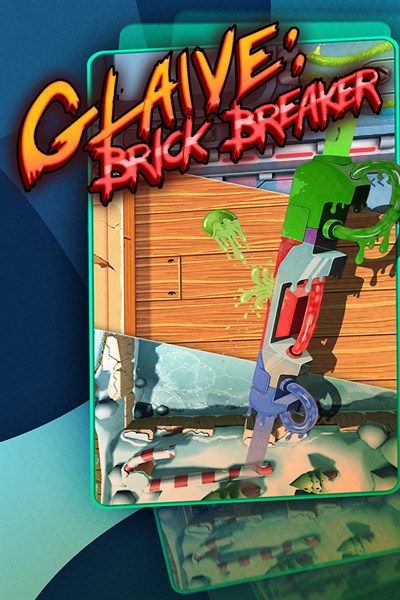 ?????
2
?????
$9.99
Get it now
You have been granted access to pilot “Glaive” – a brick breaking battle ship. Use it to fight through tons of stages of intense arkanoid-style action.

An all-new brick-breaking game.
Level Creator
Use your Glaive ship to break bricks and obtain many different powerups.
Over 200 levels.
Easy to learn controls.
Great ball mechanics, that let you control it’s speed with a bit of experience.
2 player versus mode – grab a friend and find out who’s better.
Boss fights – it’s never easy, but you can do it!
Different game modes – classic, pong, shape breaker, boss fight.
Beautiful 3D graphics.
ROCKETS!

Play on classic wooden table, in icy winter or in futuristic neon set.

An all new arkanoid experience is waiting!