You may be asking yourself, what the hell is a Screenhacker… Well we have the explanation, it may be a little confusing to understand, but here it goes. 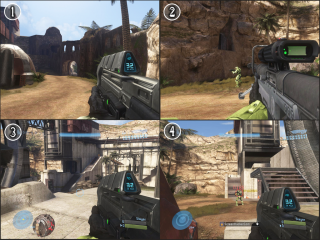 Screen Hacking can be used to avoid a death as well. Lets say your looking for someone to kill and take a glance over at another players screen area and you notice that person is zoomed in on your head with a sniper rifle.  A quick joystick movement and you are out of that players view.

I can’t tell you how many times people were over at the house playing split screen and yelling SCREEN HACKER!  Lets call this a nice way of saying CHEATER!

Now you know what inspired us to start this web site.