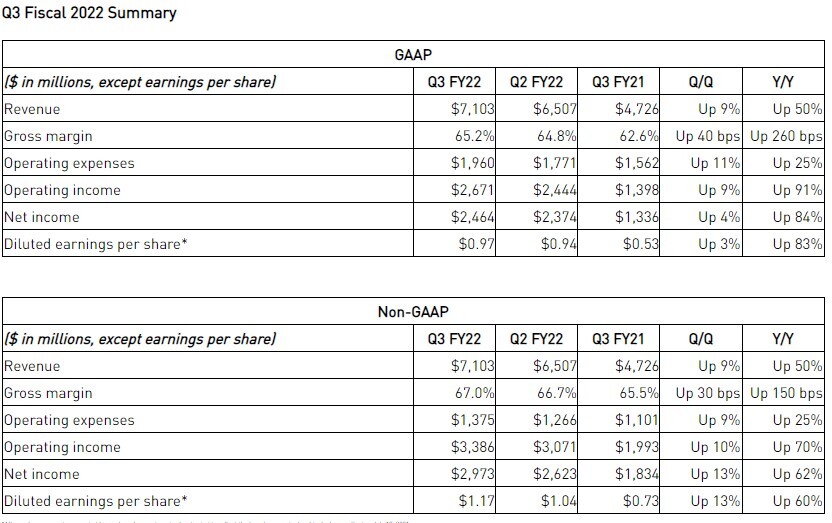 “The third quarter was outstanding, with record revenue,” said Jensen Huang, founder and CEO of NVIDIA. “Demand for NVIDIA AI is surging, driven by hyperscale and cloud scale-out, and broadening adoption by more than 25,000 companies. NVIDIA RTX has reinvented computer graphics with ray tracing and AI, and is the ideal upgrade for the large, growing market of gamers and creators, as well as designers and professionals building home workstations.

“Omniverse was a major theme at GTC. We showed what is possible when we can jump into virtual worlds. Omniverse will be used from collaborative design, customer service avatars and video conferencing, to digital twins of factories, processing plants, even entire cities. Omniverse brings together NVIDIA’s expertise in AI, simulation, graphics and computing infrastructure. This is the tip of the iceberg of what’s to come,” he said.

NVIDIA’s outlook for the fourth quarter of fiscal 2022 is as follows:

Additionally, the company achieved progress since its previous earnings announcement in these areas:
Gaming