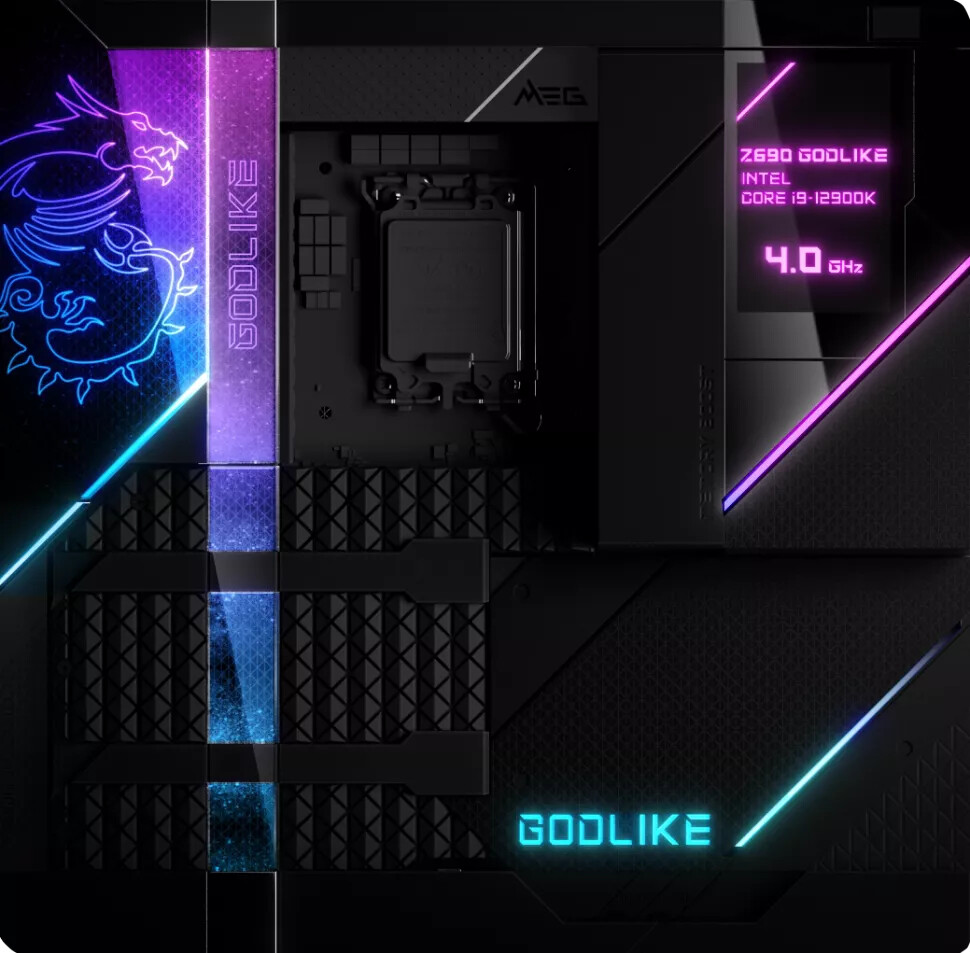 Although we did mention the MSI MEG Z690 GODLIKE in our Z690 motherboard roundup piece, until now, we didn’t really know what the board looked like, since MSI has been very shy when it comes to sharing details of the board. However, now the company has released a couple of pictures of the board, courtesy of the board winning a pair of CES 2022 Innovation Honoree awards.

We’re still short on details of this monster board, as it’ll measure 305×310 mm, which almost puts it in SSI EEB territory. The board has what can only be described as a full cover, since outside of the CPU socket and some of the components near it, you really can’t see anything. On top of the memory modules, MSI has gone for a display of some kind that seems to display some system information, such as the CPU type and current clock speed. The location of the display doesn’t seem to be ideal though, but it’s said to measure in at 3.5-inches.

Courtesy of a complimentary leak of the rear I/O, we now have an idea of what kind of ports MSI has fitted around the back and it looks like the GODLIKE will get two Thunderbolt 4 ports, as well as two mini DP inputs, as well as a pair of Ethernet ports, although it’s not clear if one of them will be faster than 2.5 Gbps or not. The board has a mere eight USB-A ports, WiFi, a full set of audio jacks, plus a rear BIOS flashing and clear CMOS button.

As we’ve already pointed out, the board can house up to six M.2 NVMe drives and it’ll have three x16 PCIe slots, of which two are PCIe 5.0. For the rest of the details, we’re going to have to wait for an official release, which we still don’t know when it’ll be.