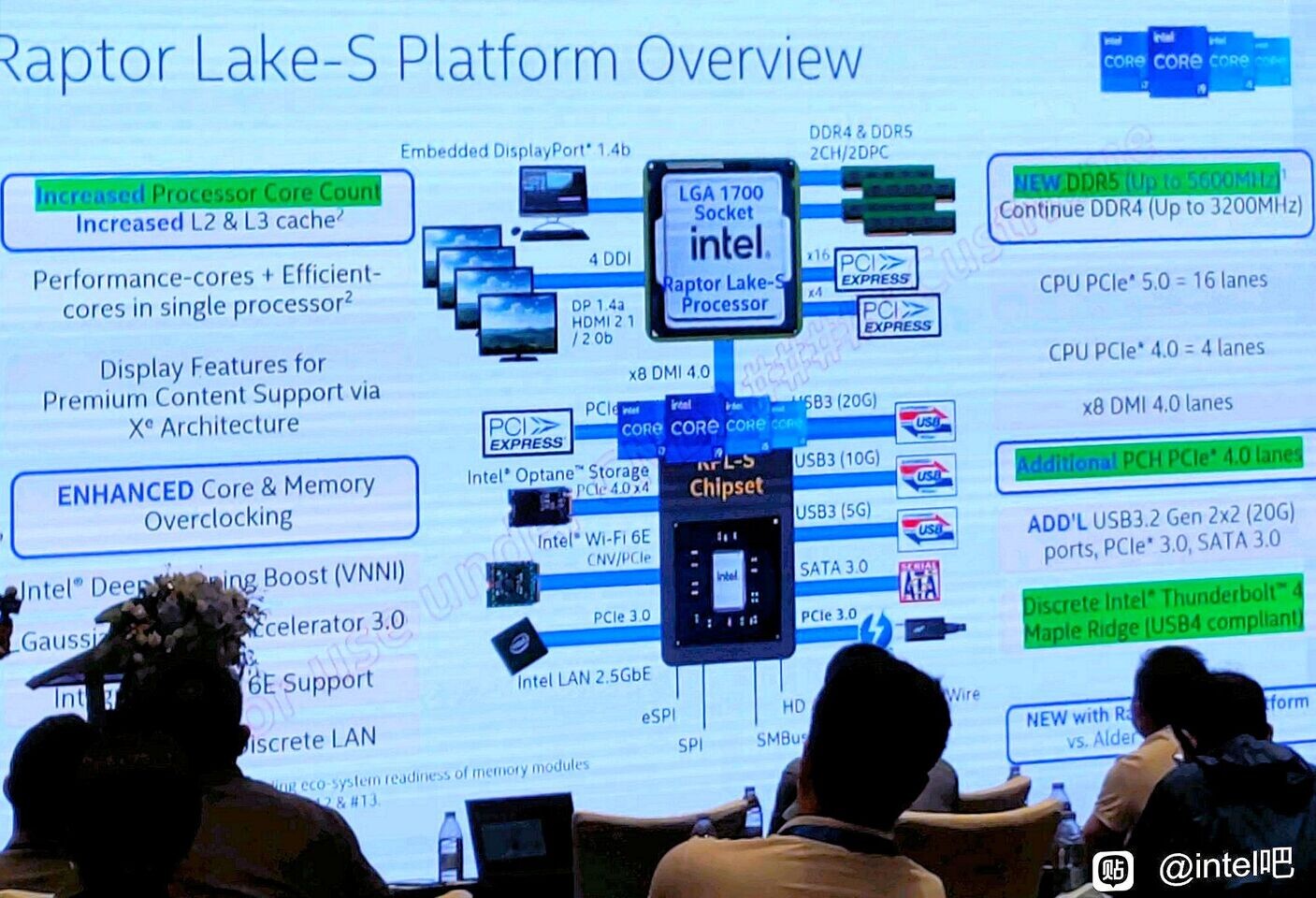 Intel is preparing to launch its next-generation desktop platform codenamed Rocket Lake-S. According to the presentation held by Intel today in Shenzen, China, we have official information regarding some of the platform features that Raptor Lake is bringing. Starting with memory support, Raptor Lake is still carrying the transitional DDR4 and DDR5 support, as the full swing towards DDR5 is still in progress. Unlike the previous generation Alder Lake, which brought DDR5-4800 support, Raptor Lake’s integrated memory controller can drive DDR5 modules with a 5600 MT/s configuration. As DDR4 support remains, it is limited to 3200 MT/s speed.

Interesting information from the leaked slide points out that support for CPU-attached NVMe storage remains PCIe Gen4. While AMD will provide an AM5 socket with CPU-attached NMVe storage on PCIe Gen5 protocol, Intel is taking a step back and holding on to Gen4. The CPU is outputting 16 PCIe Gen5 lanes on its own. Motherboard vendors for the upcoming 700-series boards for Raptor Lake can still provide a PCIe Gen5 NVMe slot; however, it will have to subtract eight Gen5 lanes from the PCI Express Graphics (PEG) slot and route them to NVMe storage. As our testing shows, this will affect GPU’s performance by a few percent. AMD’s upcoming AM5 platform has no such issues, as the CPU provides both the PEG and CPU-attached NVMe storage with sufficient PCIe Gen5 bandwidth.