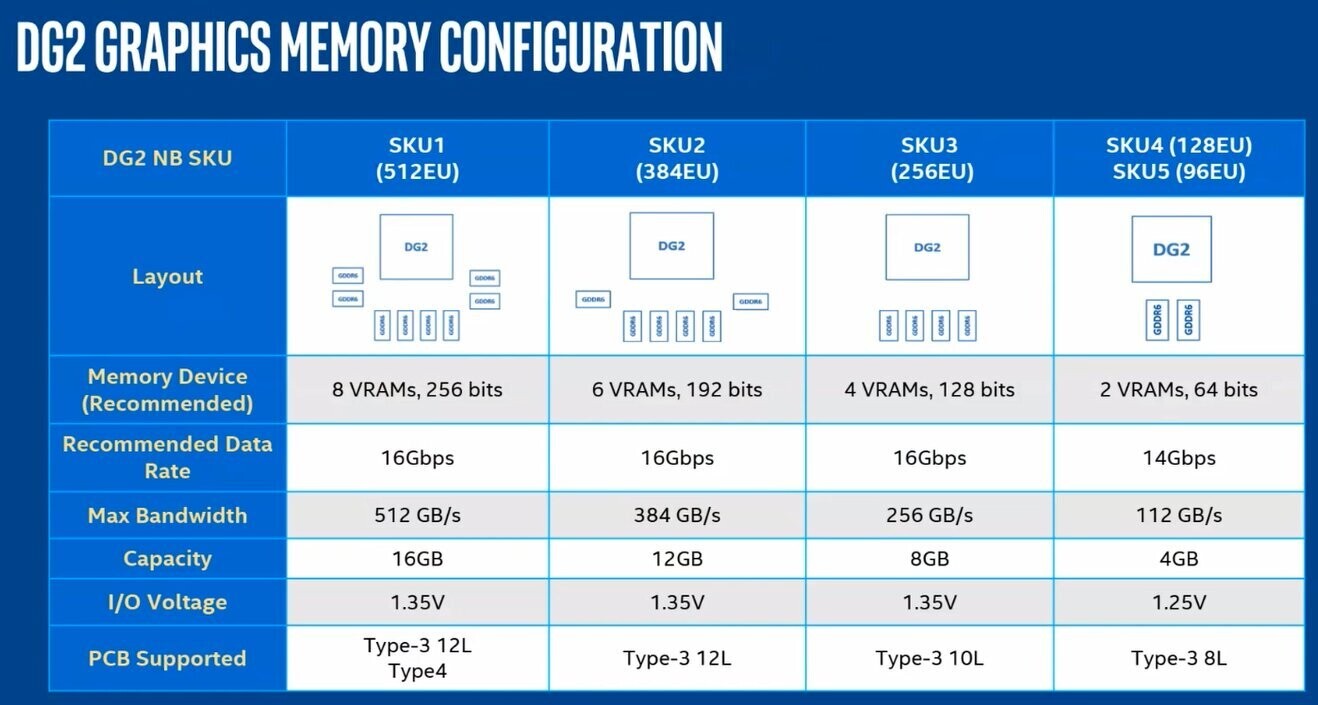 Intel’s upcoming Arc Alchemist lineup of discrete graphics cards generates a lot of attention from consumers. Leaks of these cards’ performance and detailed specifications appear more and more as we enter the countdown to the launch day, which is sometime in Q1 of this year. Today, we managed to see a slide from @9950pro on Twitter that shows the laptop memory configuration of Intel’s DG2 GPU. As the picture suggests, we can see that the top-end SKU1 with 512 EUs supports a 16 GB capacity of GDDR6 memory that runs at 16 Gbps speeds. The memory runs on a 256-bit bus and generates 512 GB/s bandwidth while having eight VRAM modules present.

When it comes to SKU2, which is a variant with 384 EUs, this configuration supports six VRAM modules on a 192-bit bus, running at 16 Gbps speeds. They generate a total capacity of 12 GBs and a bandwidth of 384 GB/s. We have SKU3 DG2 GPU going down the stack, featuring 256 EUs, four VRAM modules on a 128-bit bus, 8 GB capacity, and a 256 GB/s bandwidth. And last but not least, the smallest DG2 variants come in the form of SKU4 and SKU5, feating 128 EUs and 96 EUs, respectively. Intel envisions these lower-end SKUs with two VRAM modules on a 64-bit bus, and this time slower GDDR6 memory running at 14 Gbps. They are paired with 4 GB of total capacity, and the total bandwidth comes down to 112 GB/s.