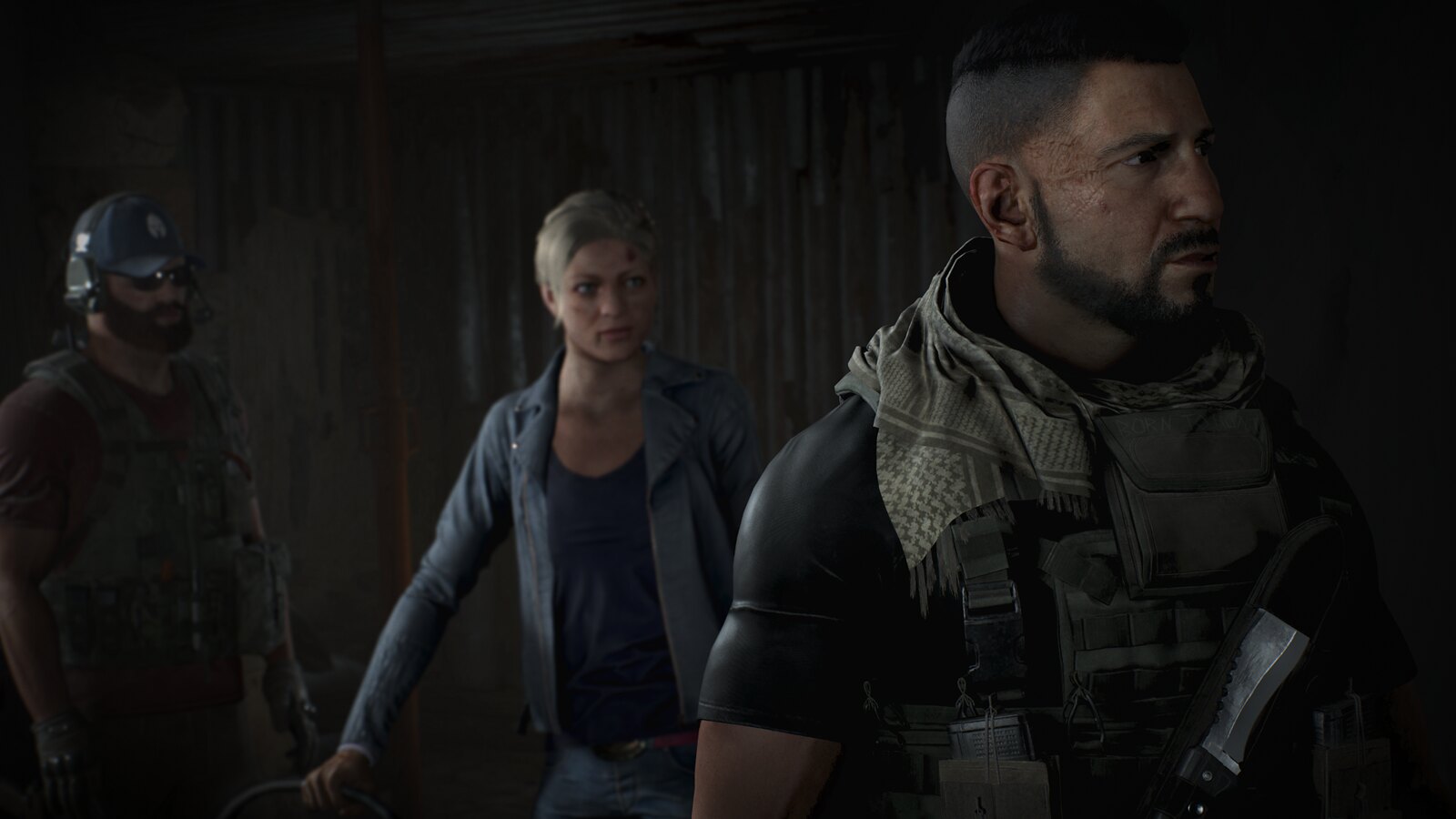 There’s never been a better time to jump into Ghost Recon Wildlands as Operation Oracle brings new, free story content to PS4 players on May 2. Adding two new missions that you can tackle solo or with up to three friends in four-player co-op, Operation Oracle will task the Ghosts with rescuing a Skell Tech engineer being held hostage by Unidad forces. What begins as a simple rescue mission suddenly takes a turn for the complex when you meet Cole D. Walker, a Ghost Team Leader who will make you question the difference between friend and foe.

If you want to try the game for free, including Operation Oracle and all other post-launch content, you’re in luck, as Ghost Recon Wildlands will be free for all PS4 players from May 2 to May 5. You can preload the game on May 1, and all progress you make during the free weekend will carry over if you decide to purchase the game afterwards. PlayStation Plus is still required to play any online modes.

Operation Oracle is part of a series of free post-launch updates to Ghost Recon Wildlands, which have so far included the Ghost War PvP and Tier 1 modes, as well as Special Operation missions featuring crossovers with Splinter Cell’s Sam Fisher, Rainbow Six Operators, and even the Predator. Stéphane Boudon, Content Director at Ubisoft Bordeaux, sat down to chat about those previous missions, what it was like to bring them into the game, and what the Ghosts will face in Operation Oracle.

Ghost Recon Wildlands has received a great deal of post-launch support with its Special Operations, starting with the Sam Fisher appearance in Special Operation 1. What have been some of your favorite parts of working on these?

Stéphane Boudon: Developing a full-fledged Year 2 for Ghost Recon Wildlands was a great opportunity to expand the universe of Ghost Recon by inviting famous guests into the world. We are quite proud of the results and the community reception to the different Operations, and we are hoping to finish this with a bang with Operation Oracle! Year 2 was also a way for us to start teasing the future, as more clues may surface regarding Skell Technology.

As a developer but also as a player, bringing [Ghost leader] Scott Mitchell back was one of my favorite parts of Year 2. Working closely with narrative designers and writers to make everything fit perfectly was so satisfying! One of our challenges was to visually recreate Scott, as the old fella never really existed in HD before. Speaking of Scott, you may discover some new clues about him in Operation Oracle.

How important has community feedback been in shaping the content in the Special Operation updates? What are some of biggest tweaks and gameplay changes you’ve made in response to feedback?

SB: Community feedback truly shaped the content of Year 2 and each Special Operation. While we wanted to surprise our players by bringing new guests to the Wildlands, everything else was dictated by what the community wanted, from the inclusion of a Photo Mode, to the development of Guerilla mode [in which players defend key locations by fighting off waves of enemies], to the release of new weapons, setting the time of day, new night vision goggles, and so on.

Operation Oracle goes into some interesting territory. What makes this such a special mission for the Ghosts?

SB: With Operation Oracle, we want to truly challenge players and their perception of Wildlands. The arrival of another Ghost Leader, Cole D. Walker, will cast a new light on the Ghosts’ CIA informant, Karen Bowman. We really cannot wait to see how players will react!

What sets this special mission apart from the previous Special Operations in Wildlands?

SB: While each Special Operation brought new PVE and PVP content, this update is slightly different, as it focuses on the two new missions in which players will get to encounter Cole D. Walker. What happens here might very well set the stage for the future.

What type of content have you been able to deliver post-launch that wouldn’t have been possible around the time of launch?

SB: For us, the greatest opportunity with this post-launch support was to be able to surprise old and new players with exciting content, but also to address their feedback and requests. Having this conversation with the community helped us grow as a team and evolve the overall experience of Ghost Recon Wildlands.

The Photo mode is a great example. As developers, we are able to pause the game, move the camera, and change the weather or the time of day freely; it’s something very common for us. I frequently saw developers roaming and getting lost in the world we built, checking details, or playing with FX frozen in action. I do it myself frequently.

Around time of launch, we recognized all the potential we had here, but obviously we had more important aspects of the game to address and we didn’t have the time to tackle all the technical issues of Photo mode. Post-launch gave us the space to bring it to the community, and now thanks to the players, we can see just how gorgeous the world of Wildlands is.

If someone hasn’t tried out Wildlands yet, where should they start?

SB: Jump into the main story, complete the first mission, and get your first sniper rifle. Once you’re there, head over to Montuyoc in the southwest of the map to unlock and start Operation Oracle. It might be a challenge, but you will be in good company!