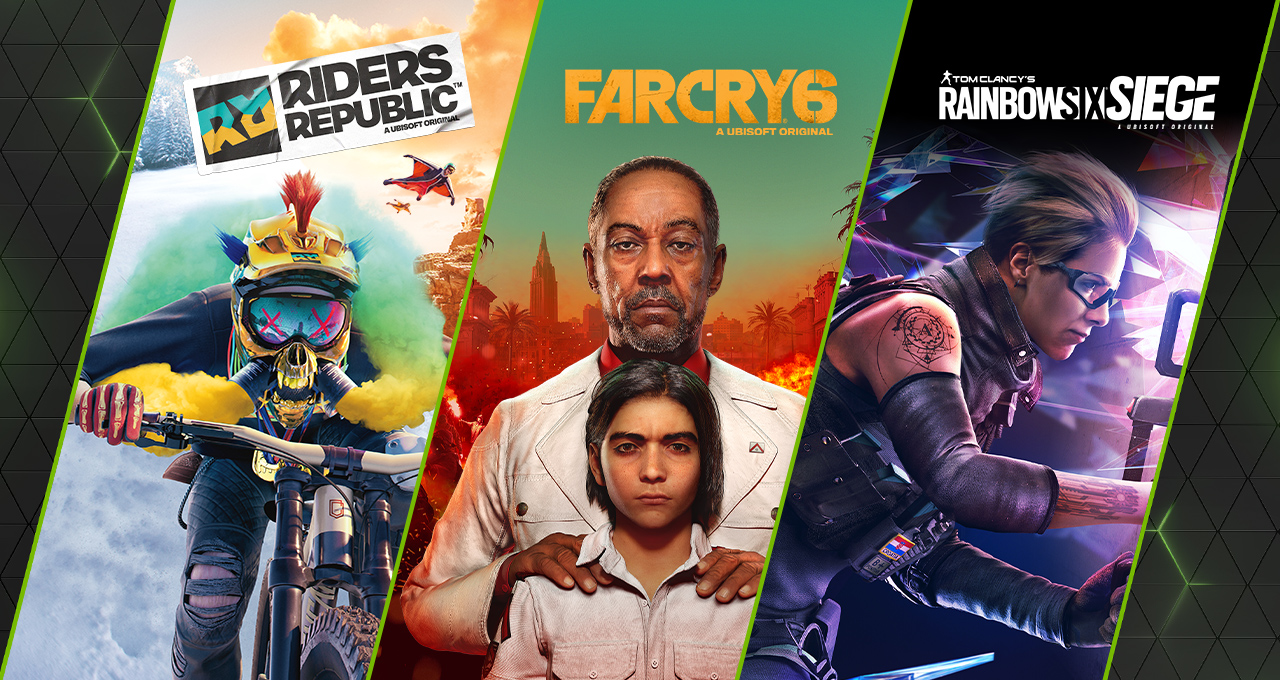 Two of Ubisoft’s biggest upcoming games will join GeForce NOW the day they’re released, and you can get ready to breach in a new season of Rainbow Six Siege with a free-to-play weekend.

Plus, it’s time to find your true colors in the newest entry in the Life Is Strange series, one of the 10 games joining the GeForce NOW library this GFN Thursday.

You Say You Want a Revolution?

It’s time for liberation. Far Cry 6 releases on October 7 and will stream on GeForce NOW at launch.

Antón Castillo has promised to restore the once prosperous island nation of Yara, and is grooming his son, Diego, to become the next presidente. But Antón plans to forge his paradise using any means necessary — even at the cost of his own citizens. Play as Dani, a native of Yara and member of the Yaran guerrilla fighter rebels, to liberate their home and take down a brutal dictator and corrupt regime.

GeForce NOW members can explore Yara and fight for freedom across nearly all of their devices when the game is released, even if their rig doesn’t meet the system requirements. Priority members receive priority access to the cloud servers powering the action, and unlimited six-hour sessions, so there’s nothing standing between you and the action.

Calling all thrillseekers: Riders Republic is shredding onto GeForce NOW later this year.

Get ready to enjoy a wide range of outdoor sports and high-speed action. Biking, snowboarding, skiing, flying wingsuit — it’s all about the ride. With more than 50 players in real time, play solo or squad up with friends to take on downhill races, dominate maps in team vs. team competitions or challenge yourself in PvP modes and Events. For even more insane action, throw yourself into mass races and be the first to cross the finish line.

Join a massive multiplayer playground as you shred the snow, mud and dirt in real time with Riders Republic on GeForce NOW at launch, October 28.

“Crystal Guard” features a revamp of three maps, balance updates on several Operators, a new way to customize Elite uniforms, and more. Catch up on all of the changes and new info here. Then prep for assault in the Tom Clancy’s Rainbow Six Siege free weekend, September 9-12 and get it on discount for up to 80 percent off.

Strange to Play This Week and More

On top of these exciting announcements, this week brings in a bunch of new games, including the release of Life Is Strange: True Colors.

With so many great games to play, we’ve got a question for you this week:

Tell us what you think on Twitter or in the comments below.