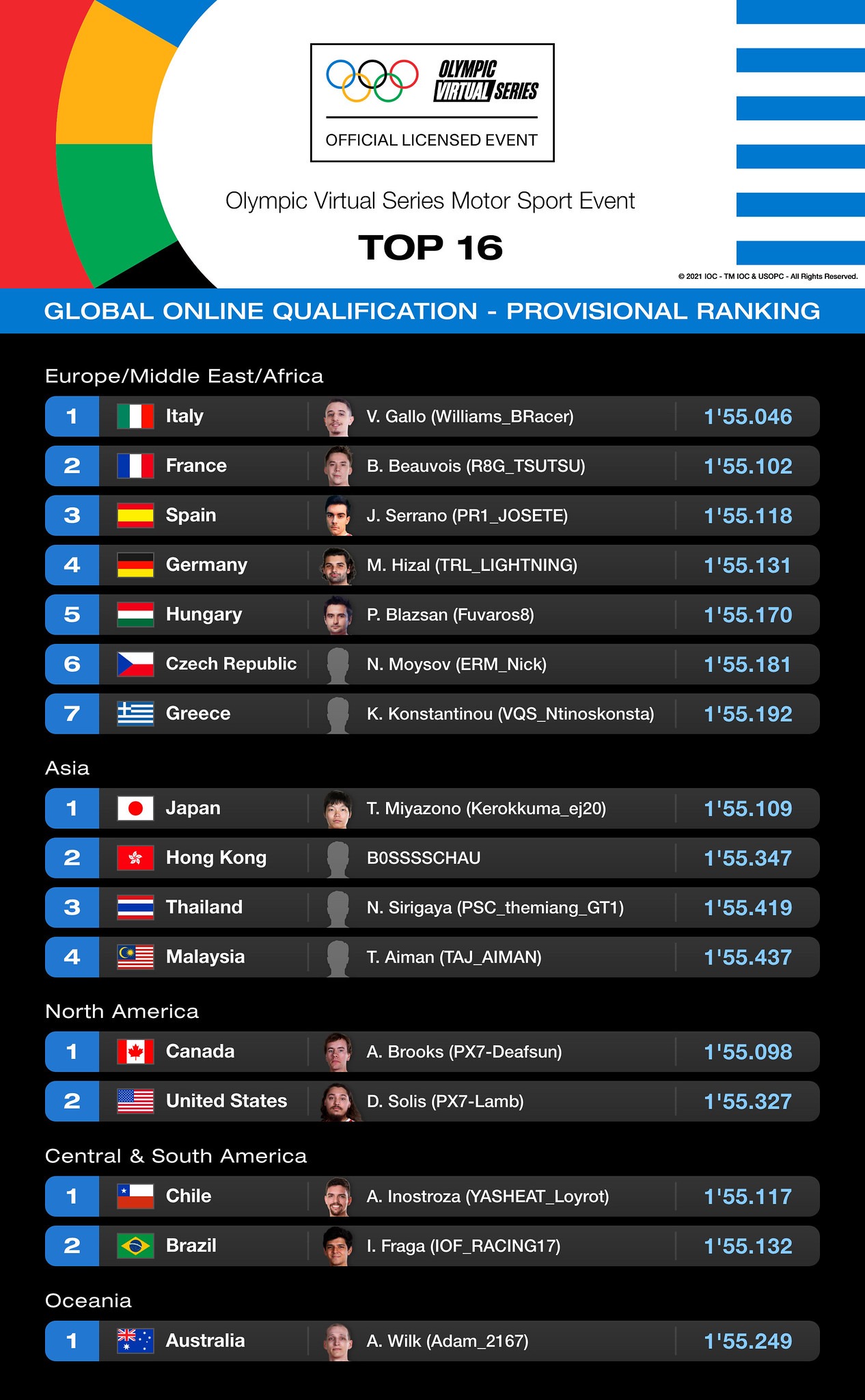 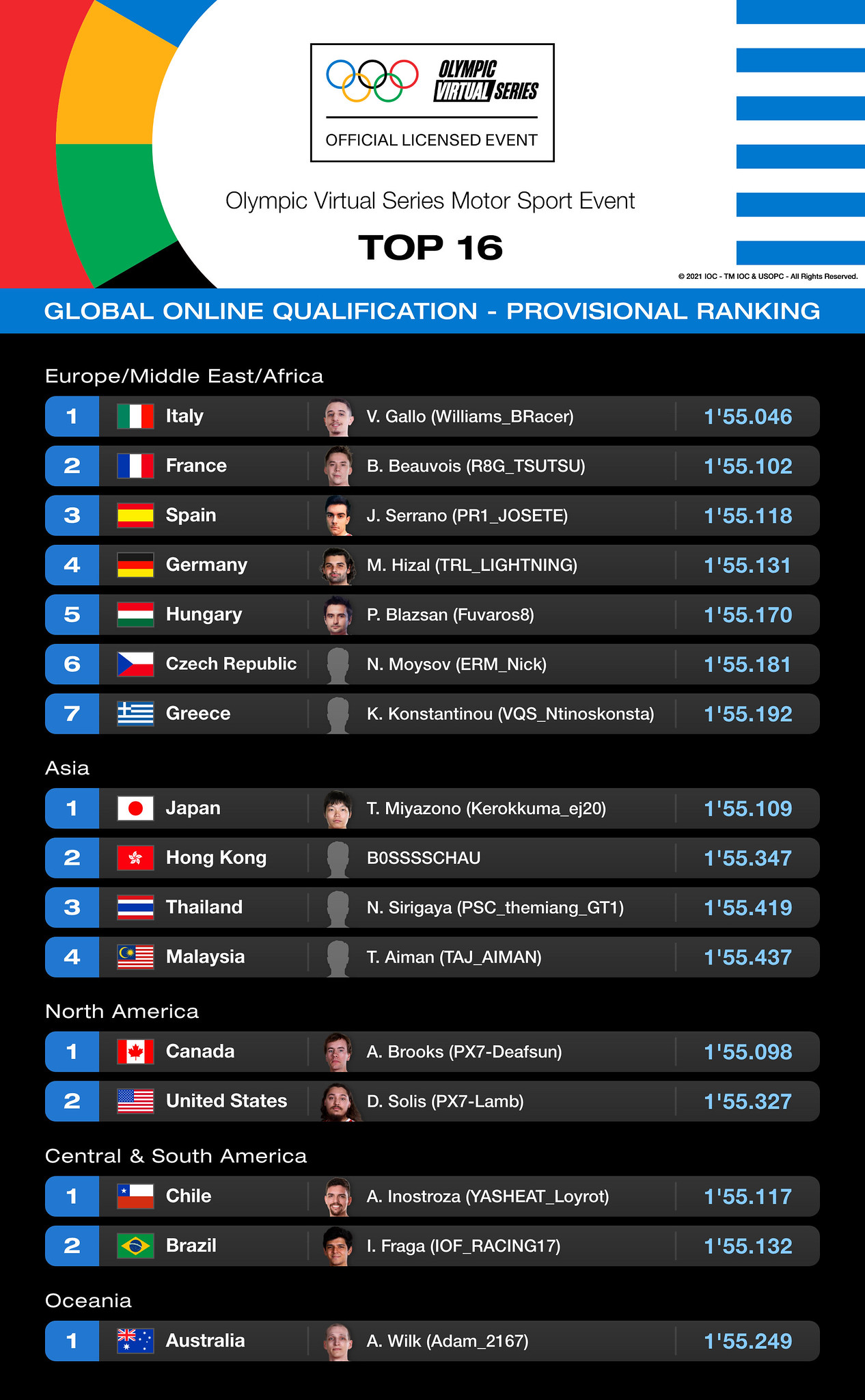 After an intense 11 days, qualifying for the Olympic Virtual Series Motor Sport Event is now over and we can reveal the 16 Gran Turismo Sport players who will be racing for glory in the final that will be broadcast on Olympic Day, June 23.

With fractions of a second being squeezed out daily from the Tokyo Expressway South Inner Loop in the Toyota GR Supra Racing Concept Gr.3, the action went down to the wire to finalise the top 16 of the Global Online Qualification event. But at the top of that exclusive list, the fastest time was set with three days of the time trial still to go when Italy’s Valerio Gallo (Williams_BRacer) recorded a 1’55.046. His stunning lap held off challenges from second-placed Andrew Brooks (PX7-Deafsun) from Canada who set a 1’55.098 with one day of the event left and France’s Baptiste Beauvois (R8G_TSUTSU) whose 1’55.102 with 12 hours to spare secured him the third qualifying spot for the final.

They will enter the Olympic Virtual Series Motor Sport Event as favourites, but with less than four-tenths of a second separating the 16 qualifiers from all over the world, the stage is set for some ultra-close racing to decide our winner.

With Gallo Europe’s fastest and Brooks heading the North American table, Japan’s Takuma Miyazono (Kerokkuma_ej20) (1’55.109) was Asia’s fastest. Angel Inostroza (YASHEAT_Loyrot) (1’55.117) from Chile took the honours for Central & South America with Australia’s Adam Wilk (Adam_2167) (1’55.249) taking the only place in the final for the Oceania region. Check out the 16 best qualifying times at the end of this article.

Announced in April, the Olympic Virtual Series is a new initiative from the International Olympic Committee (IOC). They have partnered with five international sports federations and corresponding games publishers to create virtual events in Baseball, Cycling, Rowing, Sailing, and Motor Sport.

Seven countries from the EMEA (Europe, Middle East, and Africa) region will be represented in the final along with the top four from Asia, one from Oceania, two from North America and two from Central & South America. See you on June 23 when the event streams live on PlayStation’s Twitch channel.