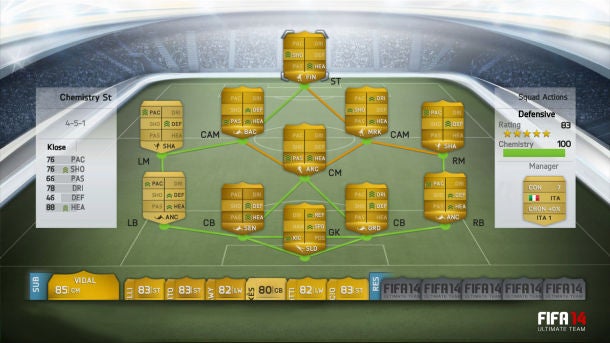 The changes to FIFA Ultimate Team outlined in this article relate to current-gen versions of the game. Details about the game on PS4 and Xbox One have not yet been revealed.

Since its inception four years ago, FIFA Ultimate Team has become one of the most popular ways to enjoy FIFA. Over a million games are played daily. If you’re not one of converted, it’s a mode in which you get to build your own team from scratch, competing in leagues and competitions. Players are represented in the form of trading cards, which can be bought in packs or traded from other players. You can even manage your team when you’re away from your console using FUT’s browser interface. For many, it’s become an addition as well as the default way to enjoy FIFA.