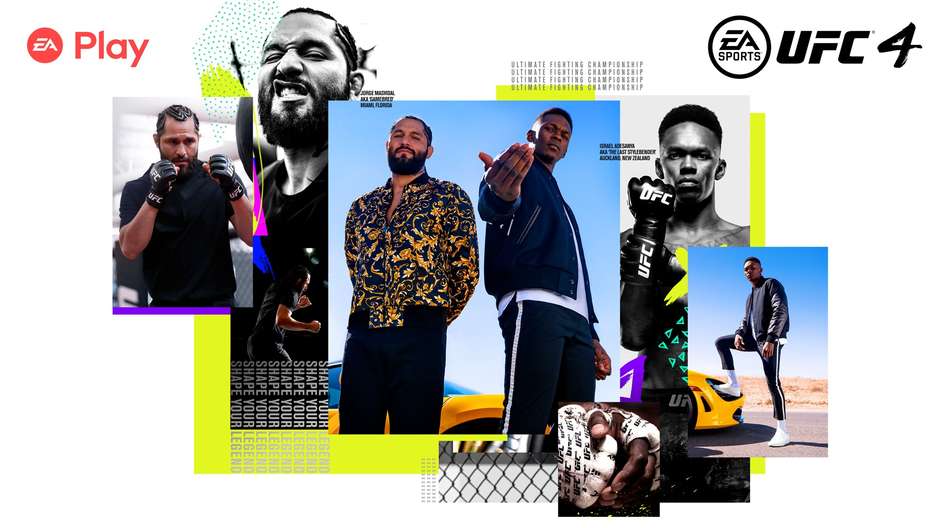 Summer is heating up and we’re ready to catch the next wave of great Xbox Game Pass games coming soon. Now let’s kick back, relax, and enjoy these new arrivals!

Tropico 6 (Cloud, Console, and PC) ID@Xbox – July 8
In Tropico 6, travel to a beautiful island state and make it your own. In this sixth entry in the series, build and manage a whole archipelago, decking it out with your choice of buildings, industry, and décor. Will you rule your people as a generous statesman or ruthless dictator? The choice is yours.

UFC 4 (Console) EA Play – July 8
Shape your legend with EA Play and Xbox Game Pass Ultimate – UFC 4 is coming soon to The Play List! Members can enter the Octagon on July 8 to create and customize their own character and start their journey from unknown amateur to UFC superstar.

Bloodroots (Cloud, Console, and PC) ID@Xbox – July 15
Left for dead by a colorful group of bandits, you will chain killing sprees to exact revenge on the treacherous Mr. Black Wolf. Improvise your kills with utterly everything you can get your hands on from carrots to plasma guns.

The Medium (Cloud) ID@Xbox – July 15
Discover a dark mystery only a medium can solve. Travel to an abandoned hotel resort and use your unique psychic abilities to uncover its deeply disturbing secrets, solve dual-reality puzzles, survive encounters with sinister spirits, and explore two realities at the same time.

In Case You Missed It

Going Under (Cloud, Console, and PC) ID@Xbox – Available now
A satirical dungeon crawler about exploring the cursed ruins of failed tech startups. As an unpaid intern in the dystopian city of Neo-Cascadia, you’ll wield office junk as weaponry as you make your way through the offbeat procedural dungeons beneath your company campus.

Astroneer: Jet Powered Update – Available now
Explore and reshape distant worlds! Astroneer is set during the 25th century Intergalactic Age of Discovery, where Astroneers explore the frontiers of outer space, risking their lives in harsh environments to unearth rare discoveries and unlock the mysteries of the universe. The Jet Powered Update adds new missions that will help you unlock new vehicles including a VTOL and Hoverboard!

Black Desert: Corsair Update – Available now
Need a break from the heat wave? Meet Corsair! She’s a commander of the sea and the newest class in Black Desert. This seafarer can ride the (actual) waves, use tsunamis, and transform into a mermaid to defeat her enemies. Her combat style mimics the waves of the ocean – unpredictable, unique, and cool. If you want to spend summertime surfing with dolphins, Corsair is the right choice for the adventure!

Destiny 2 Solstice of Heroes Event – Available until August 3
Soar across the EAZ in search of glory and treasure. Each day features a buff based on either Solar, Arc, Void, or – for the first time – Stasis. New Prism days let you choose the element you charge! Earn Legendary Solstice armor and upgrade it until it begins to glow, revealing the power within.

Doom Eternal Series X|S Update – Available now
Attention all Slayers! Patch 6 for Doom Eternal is available now, bringing you free next-gen upgrades that unlock the full capabilities of the Xbox Series X|S. Plus, duke it out online in the new Battlemode arena, Corrosion, and put your skills to the test in the Taras Nabad Master Level. Learn more here!

Fallout 76 Steel Reign Update – July 7
Steel Reign is the final chapter in the Brotherhood of Steel storyline. Tensions have never been higher between Paladin Rahmani and Knight Shin. The appearance of Super Mutants and people disappearing are only adding to the divide. Will you take the side of justice or remain committed to duty? here.

Here are lots of brand-new Perks to go claim in the Perks Gallery on your Xbox Console, Xbox App on Windows 10 PC, or the Xbox Game Pass Mobile app for iOS/Android.

Space Jam: A New Legacy The Game – Play It First with Xbox Game Pass Ultimate
Play as LeBron, Bugs, and Lola as they face the Goon Squad in a wacky basketball beat-em up! Claim this Perk to get exclusive early access and play the full game right now through Xbox Game Pass Ultimate Perks. Space Jam: A New Legacy – The Game will be available as a free-to-play title for all players starting July 15 through the Microsoft Store on your Xbox console.

Black Desert – Special Gift Bundle – Available now
The new class Corsair joins the battlefield of Black Desert! Gear up with this special bundle and embark on an adventure you’ve been longing for!

World of Warships: Legends – Navy of the Realm – Available now
Get a pair of powerful early German warships in the new Xbox Game Pass bundle: Navy of the Realm. You’ll get your hands on the fan favorite cruiser Königsberg and the destroyer G-101 along with plenty of Camouflages and Boosters.

Check out the new July monthly Quests you can start today:

It’s time to prepare to say farewell to the games leaving the Xbox Game Pass library on July 15, including a batch of EA Play games to be delisted from The Play List on July 14.

Remember, you can use your Game Pass member discount to save up to 20% on games leaving the Game Pass library, while PC and Ultimate members can save up to 10% on the EA Play games.

That concludes our first round of July announcements! We’ll be back later this month with more news, but in the meantime be sure to follow @XboxGamePass and @XboxGamePassPC on Twitter to get a heads up when these games are available to play. From there, you can download these games straight to your Xbox console or PC from the Xbox Game Pass mobile app! See you next time!

Related:
Meet the Enemies Featured in the New GreedFall Expansion The De Vespe Conspiracy
Rock Out with Bebe Rexha, Joy Oladokun, and Glass Animals in The Sims 4
New Games with Gold for July 2021