Become a Galactic Scavenger with Deep Sky Derelicts on March 24 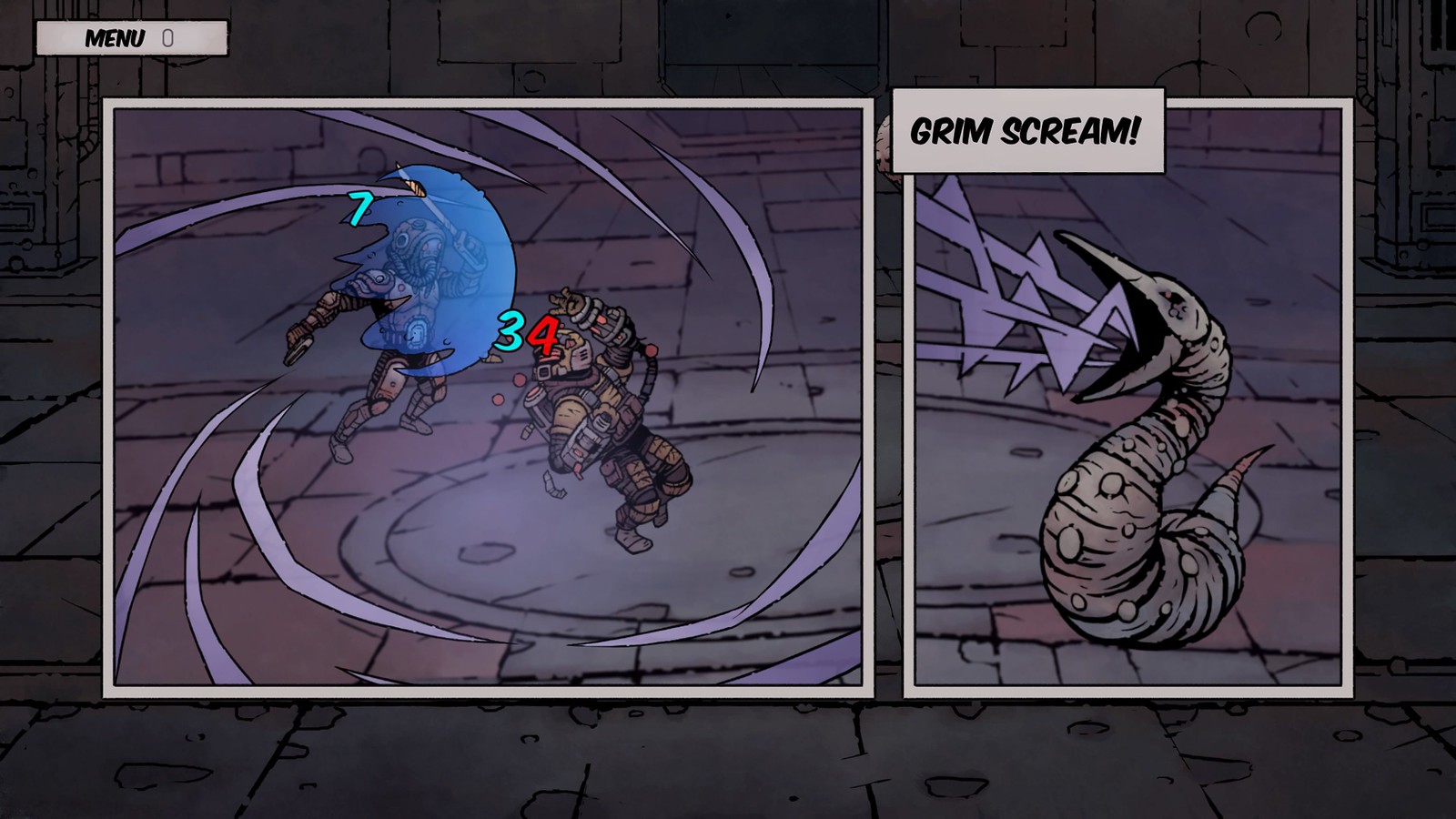 Greetings PlayStation fans! We are very excited to announce today that our acclaimed roguelike RPG of spaceship exploration, and tactical turn-based combat with cards, Deep Sky Derelicts, is coming on PS4! The game will be available at PlayStation Store starting March 24 for $24.99.

It’s been two and a half years since Deep Sky Derelicts was introduced to the players and has subsequently received recognition by the fans of the genre. Among them many PlayStation players who have been requesting to see the game on their favorite platform. Meanwhile, the game has been expanded and enhanced with fresh content and multiple new features, which now creates a perfect moment to bring it on PS4.

In Deep Sky Derelicts you find yourself in a grim dystopian future at the outskirts of the Milky Way Galaxy mankind has long scattered across. As the result of this star expansion, human society has split into two distinct classes: rich aristocrats inhabiting rare habitable planets and stateless outcasts forced to live off scraps from derelict. You take on the role of such an outlaw, an adept scavenger, who is tasked to explore dangerous alien spacecrafts in search of the fabled Mothership that holds something so valuable and wondrous that it is worth risking your life for.

At the outset, you must build a squad of scavengers which you’ll lead through a number of missions on board of seemingly desolate spaceships. Along the way, you will get into countless random encounters and lots of weird characters, who will give you equally weird missions to accomplish; you’ll fight all kinds of alien creatures, malfunctioned robots, zombies and other exotic enemies, including bosses, which will challenge your tactical prowess; you’ll collect hard-earned combat trophies and find precious loot, which you can either sell or keep for use by the members of your crew; finally, in-between the missions you will return to your scavenger base to sell loot, buy equipment, heal wounds, turn in completed contracts and take new ones, upgrade and resupply. 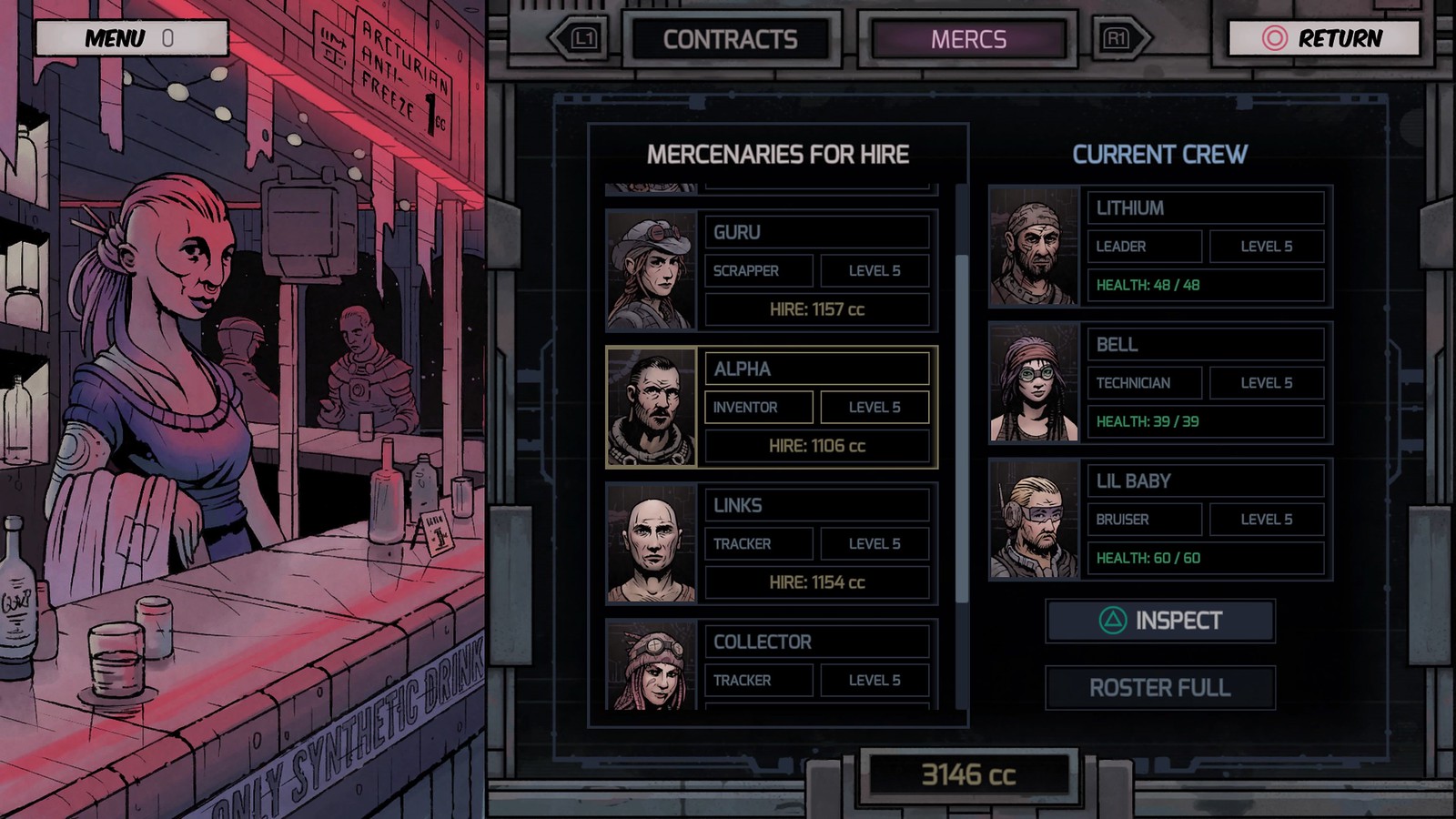 Deep Sky Derelicts takes a step forward from the standard rogue-lite formula and offers a fresh take on turn-based combat with cards. All weapons and equipment are infused with cards representing various attacks and combat abilities to boost tactical depth, variability and to add an element of randomness in every combat encounter. During fights you will have to adapt on the fly to your dynamically changing arsenal while the overall control over your characters’ decks is available outside of battles, albeit only indirectly. To compensate for the lack of the direct deck management, Definitive Edition introduces crafting of custom equipment, which gives you a chance to create new gear that has the cards you wish. 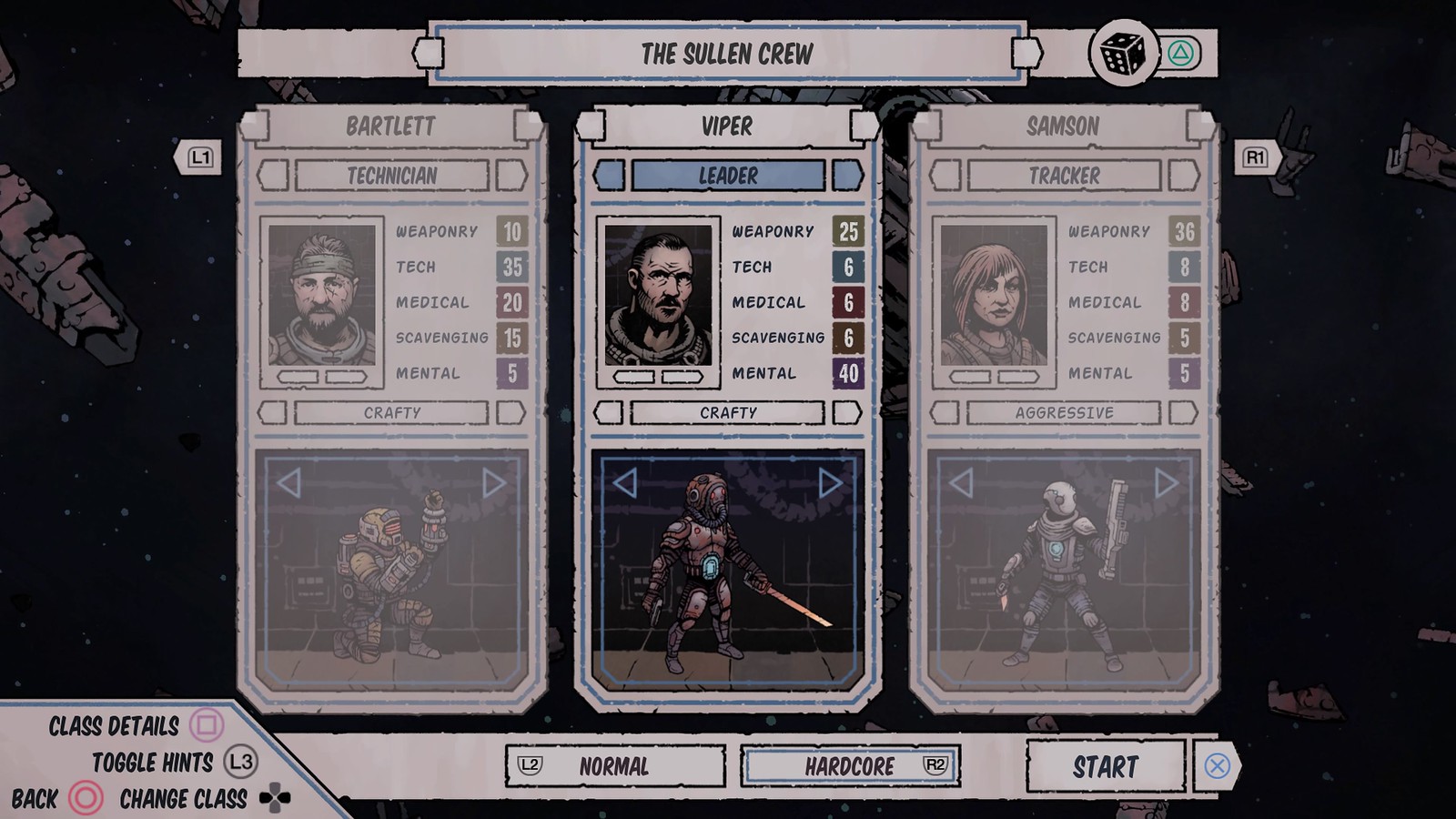 Last but not least, another key element of Deep Sky Derelicts is its distinctive art style and overall aesthetics that add to the already immersive sci-fi player experience in spades. Snowhound team has spent a lot of time and effort to create this enchanting dark hand-drawn comic book 2D look and feel made in an exquisite retro-futuristic visual art style. 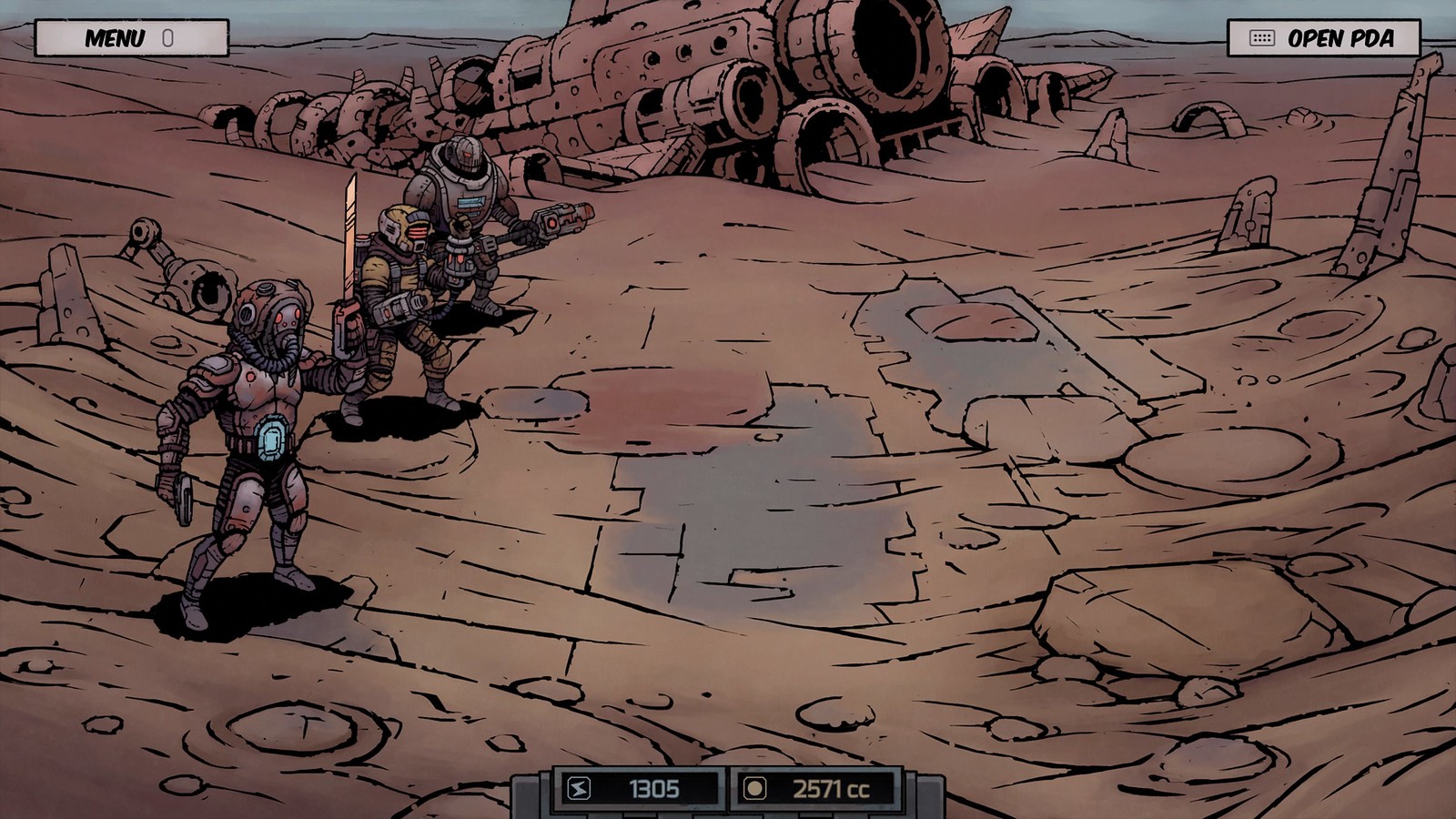 Deep Sky Derelicts: Definitive Edition launches on PS4 on March 24 — mark the day and be sure to keep your eyes peeled at Playstation Store! Until then, feel free to share your thoughts or questions in the comments below. Happy scavenging!