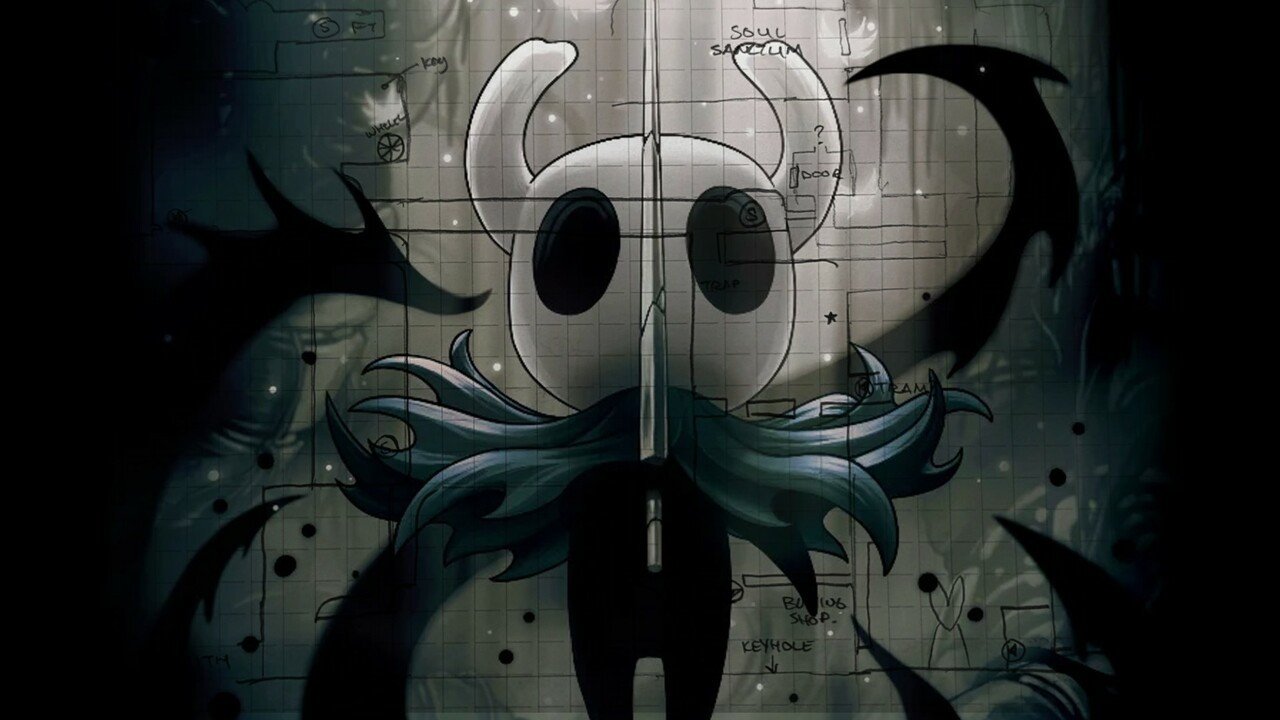 YOU GUYS. Hollow Knight is really good. Why did no one tell me? I mean, apart from everyone who’s ever played it, who I steadfastly ignored because it didn’t look like my kind of game, and because Ori and the Blind Forest — a rather similar platforming metroidvania game — was too hard for my poor little hands?

Well, the mistake has been rectified, at least. I’ve finally played Hollow Knight. In fact, I’ve apparently played it for 28.5 hours, which is a lot of bug-time. And there’s so much to talk about from that entire day’s worth of playing! The melancholy, the audio work, the music, the cuteness… but instead, as you can tell from the title, I want to talk about how Hollow Knight contributes to a legacy that has existed since the very first days of gaming: The need to take notes.

There are very few games these days that require a notebook to understand, and that’s not necessarily a bad thing. It’s totally reasonable to expect a game to give you all the information you need within itself, with the exception of games like Harvest Moon, Animal Crossing, and Stardew Valley, for which a notebook is where you write all the things you can’t possibly remember, like gifts, catalogue items, shop times, and where and when to catch fish.

I often play games with a notebook, but that’s only because I’m often reviewing them, and I need to note down things like “this is very boring” or “every time X happens, the Switch fan starts making a very loud complaining noise”, so I can put them in my review.

But rarely do I get to use a notebook for frantic scribblings, trying to piece together mysteries, work out narratives, and make maps — and even though that sounds tedious and potentially stressful, it feels massively nostalgic, harkening back to an age where games told you NOTHING, manuals sometimes told you some things, and ASCII-illustrated game guides were printed off from the internet in huge sheafs of your parents’ expensive printer paper.

Hollow Knight, at least for me and my partner (we’re playing it simultaneously — him on the TV, me on the PC), has been an excellent note-taking game. The in-game map is good, especially with the added complication of having to first find the map-maker in each new area, then make the map, but it doesn’t tell you everything you need to know. That’s not a flaw — it’s a game about mysteries, exploration, and discovery, and it doesn’t want to reveal all of its secrets.

So we’ve been map-making off-screen, creating to-scale replicas of Hollow Knight’s corridors, towers, and all of its little metroidvania bits (you know, when you walk past a very obvious You Need An Ability To Get Through Here area) for our own use. There’s a lot of backtracking in a metroidvania like Hollow Knight, and sometimes it’s just really nice to be able to not only place a generic “go here” pin, which the game offers you, but to make a physical note that you would guess this area needs a dash/swim/shoot ability.

The added bonus is that my partner, who’s the one actually drawing the maps, has done a really nice job. Each map is a web of soft, thin lines, annotated with thoughts and symbols, accompanied by the small shreds of story that we’re trying to piece together. It’s an art object in itself, really, and I’ve always loved seeing the finished document after an entire game’s worth of record-keeping, filled with notes, scribblings, doodles, and secrets like a diary.

I’m envious of people who can both create notes and turn them into beautiful journals on the fly, like Dark Souls player Cora did, chronicling the results on Reddit:

Or even Polygon’s writer and pen-lover Nicole Carpenter’s bullet journal about Hitman 3, which she says helps her engage with the game in a whole new way:

“I’m using [the journal] to track story missions and challenges I’ve completed (or want to complete eventually), but it’s also a place where I’m writing down essential things to remember — little pieces of the story that I might otherwise forget, like security codes or floor plans. As I’m playing the game, I find myself learning the “language” of Hitman 3, noticing small details that are colossally important — stuff that seasoned Hitman players might automatically pick up.”

I’m terrible at noticing both small details and larger patterns, instead focusing on more pressing issues like “not dying” and “yelling a lot about how hard the game is”. Taking notes, and using my partner’s maps, has helped me understand the game more, just like Nicole did, in a way that game guides, or map printouts, never could.

It used to be the same when I did exam revision. I would spend an entire school year having things go over my head, and not bothering to try to catch them, because I knew my brain was much better suited to doing my own notes, in my own time, and in my own style. There are studies about how note-taking leads to better recall, which isn’t really surprising — but for me, it’s not just the act of taking notes; it’s the fact that I have control over them. 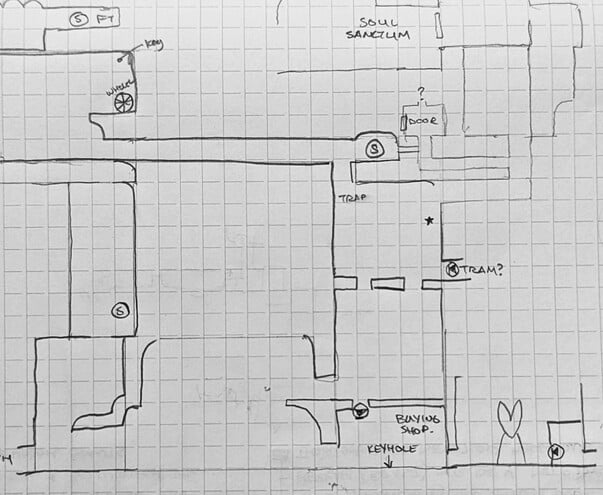 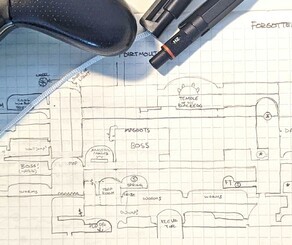 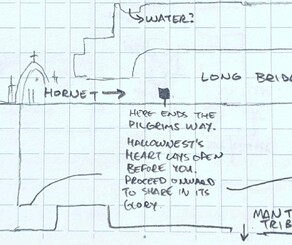 As I said at the start, there are not many games these days that require a notebook. Honestly, Hollow Knight doesn’t really require notes, either. But taking notes is so simple, so meditative, and such a great way to fully connect with a game, that I might just make every game a notebook game from now on.

We’ve picked a theme for the poll that will determine next month’s game — brain-bending puzzle games with unique mechanics! Whether you’ve played a little bit (and got stuck) or you’ve never played these before, we think that counts as a backlog game…

What should August’s backlog game be? (224 votes)