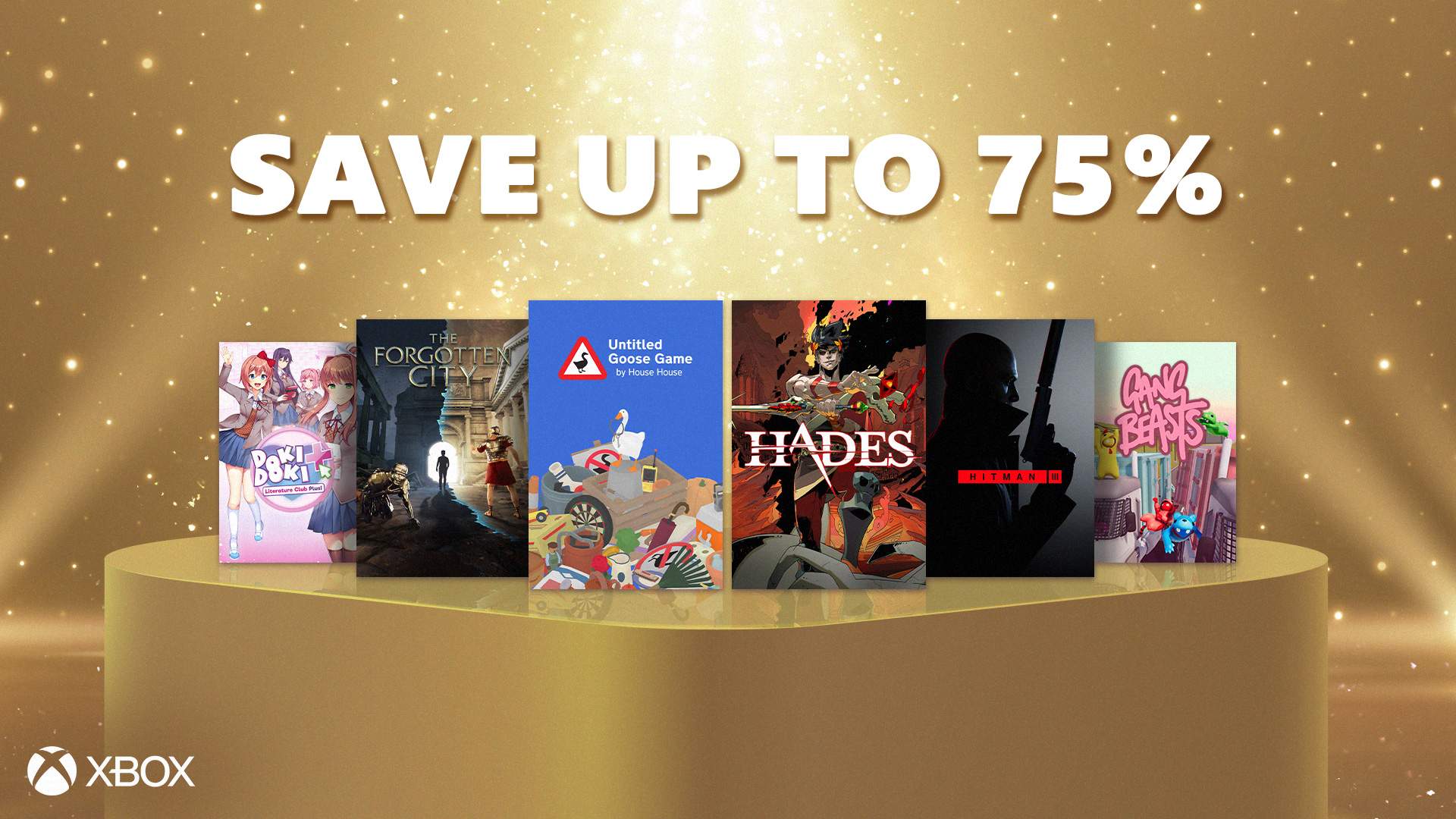 The year is coming to a close and folks are digging through their rolodex of best games and compiling their ultimate suggestion guides. Holiday shoppers are combing through review sites looking to get their loved ones the best gaming has to offer. Well, we couldn’t wait for the holidays here at the [email protected] team and decided to put together a list of amazing award-winning games and put them on sale for up to 75% off now through November 15. We have GOTY winners, Metacritic Must Plays and the one with the goose that everyone memes. Here’s a sample of just some of the great games we have on sale during the [email protected] Critically Acclaimed Sale on the Xbox Store.

Hades (20% off). A 93 Metacritic Must-Play, winner of the 2020 Best Indie Game Award from the Golden Joystick Awards and The Game Awards, and Game of the Year winner from the 24th Annual D.I.C.E. Awards this is a game you don’t want to miss. As the immortal Prince of the Underworld, you’ll wield the powers and mythic weapons of Olympus to break free from the clutches of the god of the dead himself, while growing stronger and unraveling more of the story with each unique escape attempt. This rogue-like dungeon crawler from the creators of Bastion, Transistor, and Pyre is also available with Game Pass.

Hitman 3 (60% off). Scoring 9/10 marks from IGN, Game Informer, and GameSpot, the dramatic conclusion to the World of Assassination Trilogy comes to a satisfying end. Agent 47 returns and takes players around the world on a globe-trotting adventure to sprawling sandbox locations. Enjoy unrivalled freedom and complete your objectives as the game world reacts to everything you do. IO Interactive’s award-winning Glacier technology powers Hitman 3‘s immersive game world to offer incredible player choice and playability.

Untitled Goose Game (50% off). GOTY Winner at the 23rd Annual D.I.C.E. Awards, Untitled Goose Game is a slapstick-stealth-sandbox, where you are a goose let loose on an unsuspecting village. Make your way around town, from peoples’ back gardens to the high street shops to the village green, setting up pranks, stealing hats, honking a lot, and generally ruining everyone’s day. You can now enjoy Untitled Goose Game with a friend, in a new two-player cooperative mode. Play through the whole game as two horrible geese, honking twice as much, teaming up to plan pranks, and generally ruining everyone’s day, together.

The Forgotten City (20% off). A mystery adventure game of exploration and deduction, and a re-imagining of the critically acclaimed mod that won a national Writers’ Guild award and racked up over 3 million downloads. Combat is an option, but violence will only get you so far. Only by questioning an intertwined community of colorful characters, cleverly exploiting the time loop, and making difficult moral choices can you hope to solve this epic mystery. Here, your decisions matter. The fate of the city is in your hands. Explore an open-world ancient Roman city with historically authentic art, architecture, costumes and customs. With a Metacritic score in the high eighties this is a game you don’t want to miss. It’s also available now with Xbox Game Pass.

Doki Doki Literature Club Plus! (20% off). Welcome to a terrifying world of poetry and romance! Write poems for your crush and erase any mistakes along the way to ensure your perfect ending. Now’s your chance to discover why DDLC is one of the most beloved psychological horror games of the decade! You play as the main character, who reluctantly joins the Literature Club in search of a romantic interest. With every poem you write and every choice you make, you’ll charm your crush and begin to unfold the horrors of school romance. Do you have what it takes to crack the code of dating sims and get the perfect ending? Check out new content included in the Plus version including six side stories, 100+ unlockable images and more. Note that this game covers some pretty heavy topics so make sure to tuck the little ones to bed at night before playing.

Gang Beasts (50% off). A consistent multiplayer fan favorite Gang Beasts is a silly party game with surly gelatinous characters, brutal slapstick fight sequences, and absurd hazardous environments, set in the mean streets of Beef City. Customize your character and fight local and online enemies in the melee game mode or fight with friends against the gangs of Beef City in the gang game mode. Gang Beasts is made by Boneloaf, a small independent game studio making a series of experimental multiplayer party games and is included with Game Pass.

This is just a quick look at some of the great games included in the sale. The [email protected] Critically Acclaimed Sale will run from now all the way through to November 15 and will be a great way to load up on great games for your Winter hibernation.

To see all [email protected] Critically Acclaimed Sale offers check out the deals section on your console or visit Xbox.com