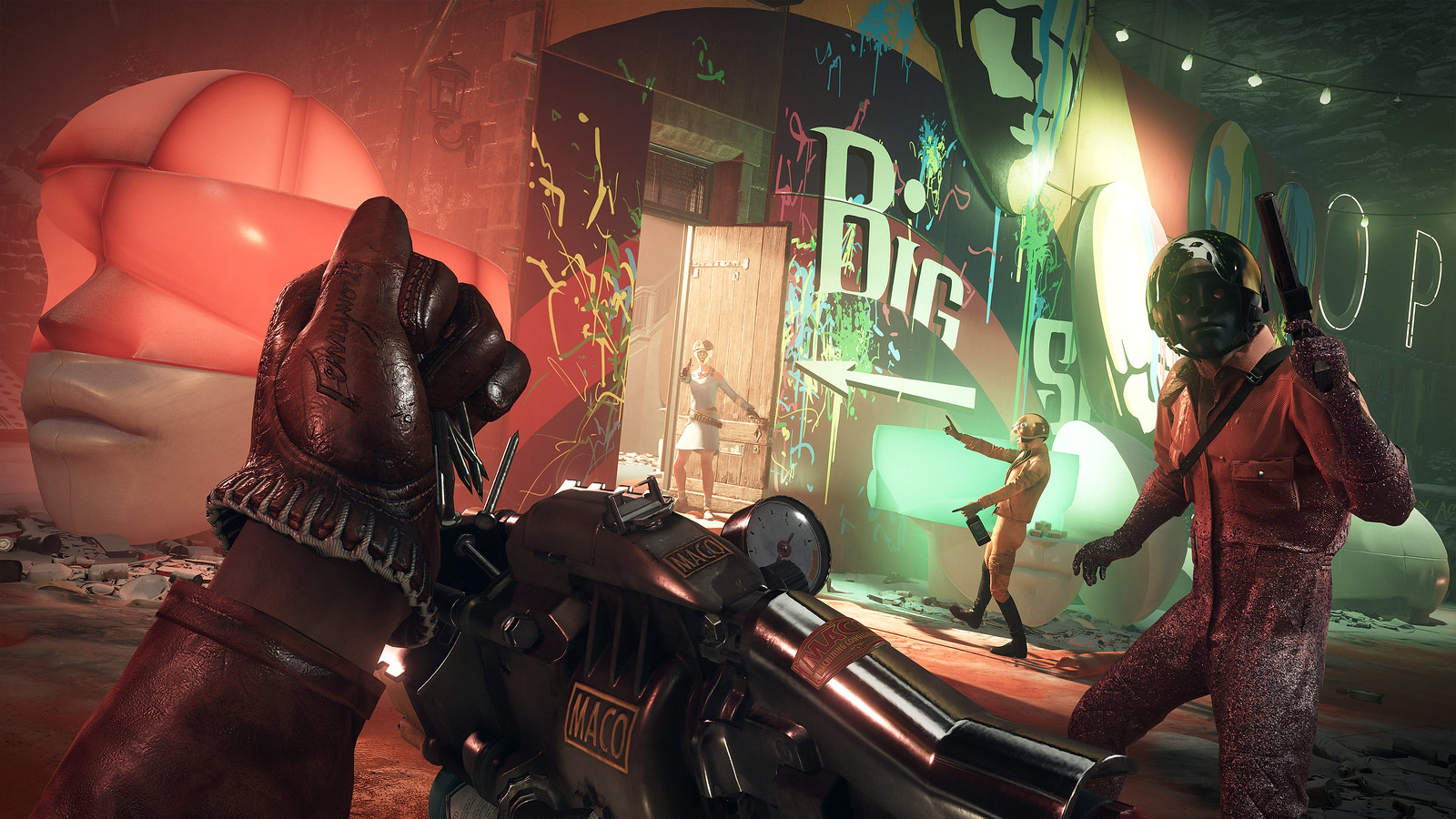 Every day is a party on the island of Blackreef – except it’s the same party. Every. Single. Day. Blackreef is a place you can be free – as long as your version of freedom means no chance of ever escaping. Blackreef lets you be yourself – unless “yourself” is someone who would rather not be trapped in a timeloop, destined to do the same thing over and over, day in and day out.

That’s an awful lot of caveats for a guy like Colt, who just wants to break free from this repeating day and get off this frigid, isolated rock. In Deathloop, your sole mission is to put an end to the timeloop keeping you trapped on Blackreef by killing the eight people responsible for its creation. All you have to do is take them all out before the day ends and the cycle resets. Sounds easy enough, right?

Blackreef has opened its shores to you and the hunt is on. In Deathloop, you can customize your character with a variety of weapons and abilities, as well as special Trinkets to add new features to both your gear and your character. Trinkets are small devices that can provide big boosts. Some amplify your skills and attributes, while others enhance your weapons. Higher quality Trinkets have more powerful effects. All of these can be discovered or unlocked as you progress through the game, either by taking out targets, facing off against Julianna, or exploring the island.

High-tier weapons with purple and gold icons will even come with special perks that will completely change how the gun performs. Plus, the higher the weapon’s quality, the more slots it has for Trinkets, so be sure to load up your favorite weapons with the best of the best.

To help you jump into the action, several members of the team at Arkane Lyon are here to offer some of their favorite loadouts. Gear up with some of these suggestions and you might just find the perfect arsenal for your playstyle.

Do you want to silently make your way through the streets of Blackreef, downing enemies without ever being noticed? Try these loadout options, suggested by Animator Victor Syllos:

Level Designer Sylvain Menguy also suggests the Influence and Protraction upgrades if you’re going down the Nexus route. These upgrades will allow you to hit targets more easily and sustain the link for a longer period of time. “Very efficient at Aleksis’ party,” he adds.

Seconding Syllos’ suggestion to use Aether with Ghost, Narrative Designer Alex Scokel says pairing the Aether with the Shift ability and its Reach upgrade lets you magic your way across the battleground, unseen and untouchable, hopping from one hidden position to another. 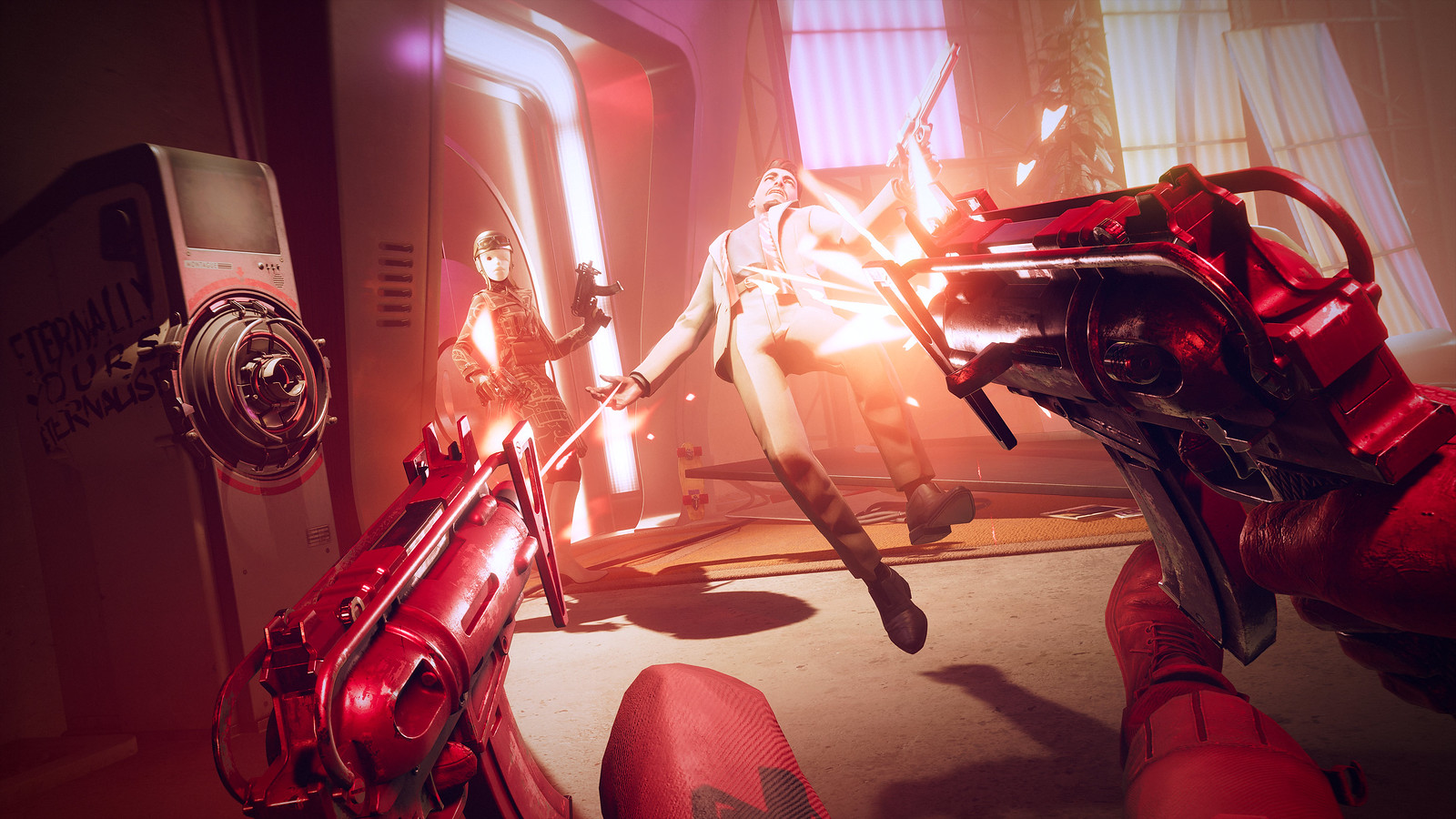 Syllos’ first suggestion might have made you one with the shadows, but his second combo is much noisier and far more destructive.

“This is my favorite combo for the in-your-face types,” says Syllos. “This will let you kill enemies just by running into them, and it will heal you at the same time. With the upgraded Havoc Slab you’ll gain power while doing more damage. Throw in the double SMGs and the rifle for good measure, but with Plasma Power and Havoc’s Withdrawal upgrade, you should be in Havoc mode almost all of the time.” 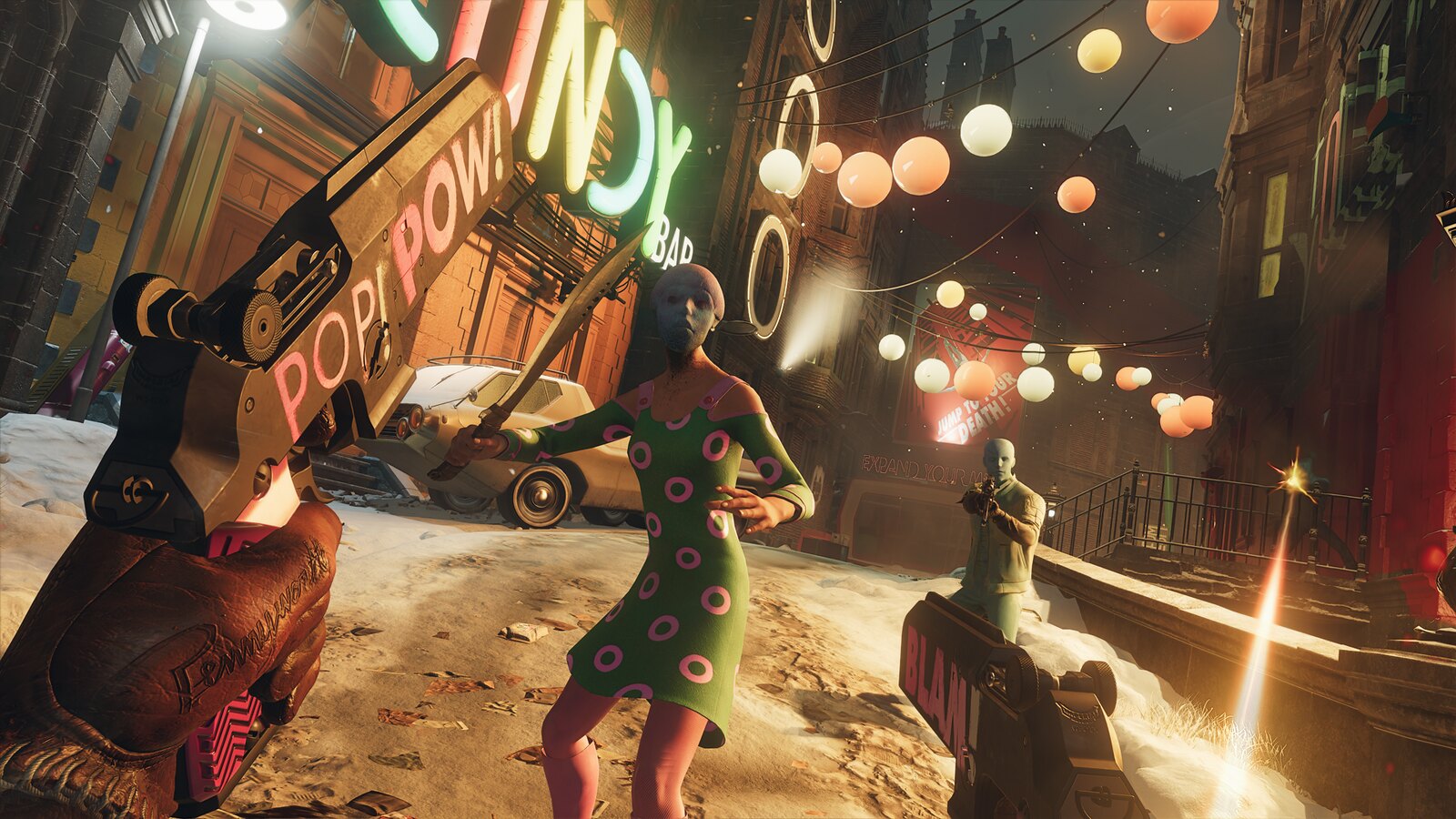 Game Director Dinga Bakaba weighed in with his own corrosive gas-themed loadout. “Under normal circumstances, gas is a hazard in Deathloop, but this build allows you to use gas to not only kill loads of enemies, but also to heal yourself. If the gas is near a metallic surface, you can also shoot at it to create an explosion. Of course, this is also true for your enemies’ shots, so be wary of where and when you’re using the gas to heal yourself.” 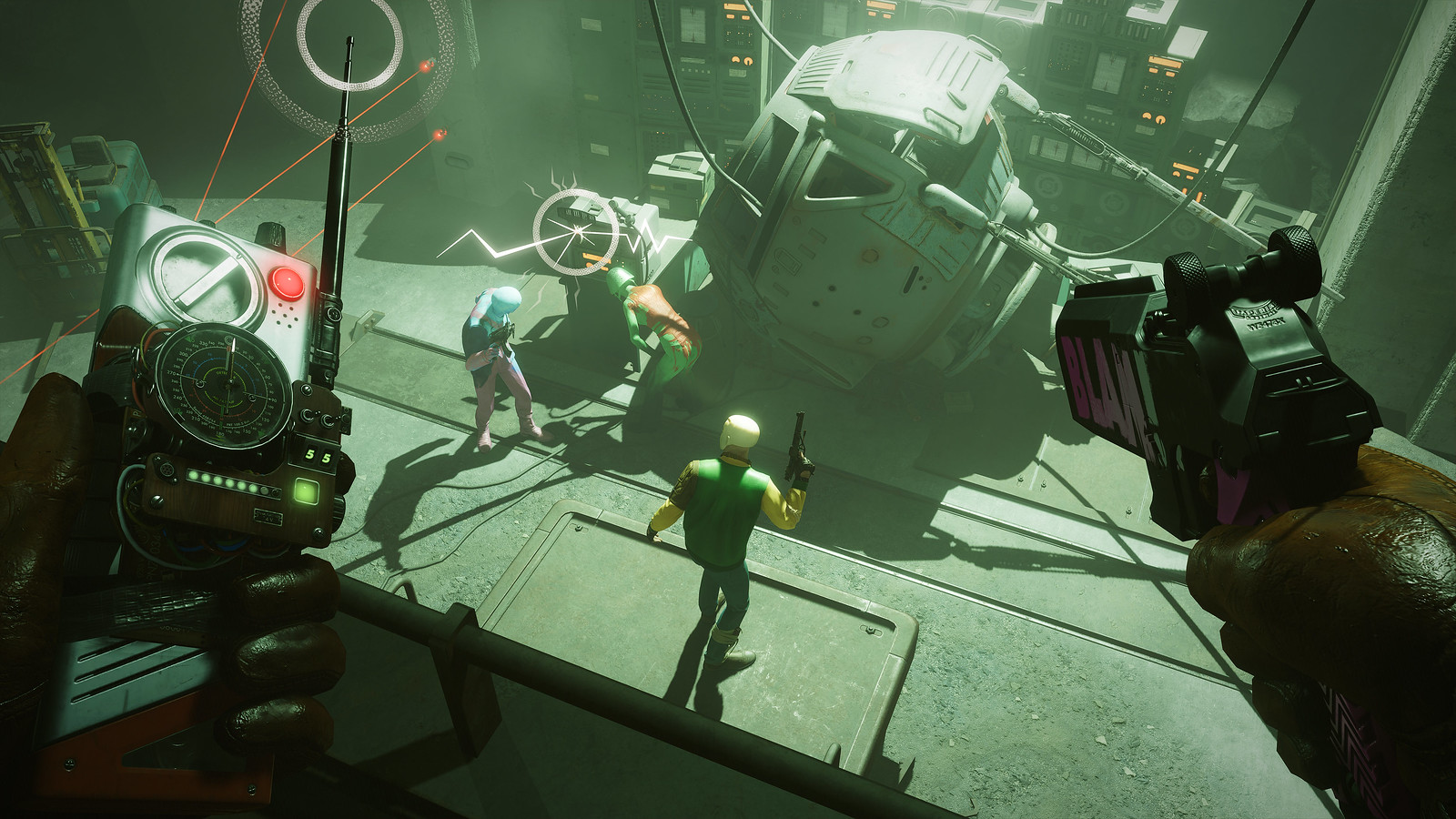 Bakaba has another favored build, this one decidedly less poisonous. “Decked out with this build, you can hack anything fast and from a long distance, and you can also remotely detonate anything from mines, movable turrets, distraction points and even Scouts’ radios. Link enemies together to maximize the damage done by your traps, and remain invisible while watching everything unfold. Throw in a silenced pistol for quick and quiet headshots when needed and the PT-6 “Spiker” silent nailgun with nails that explode after a few seconds if you want to blow stuff up even when there’s nothing to hack around you.” 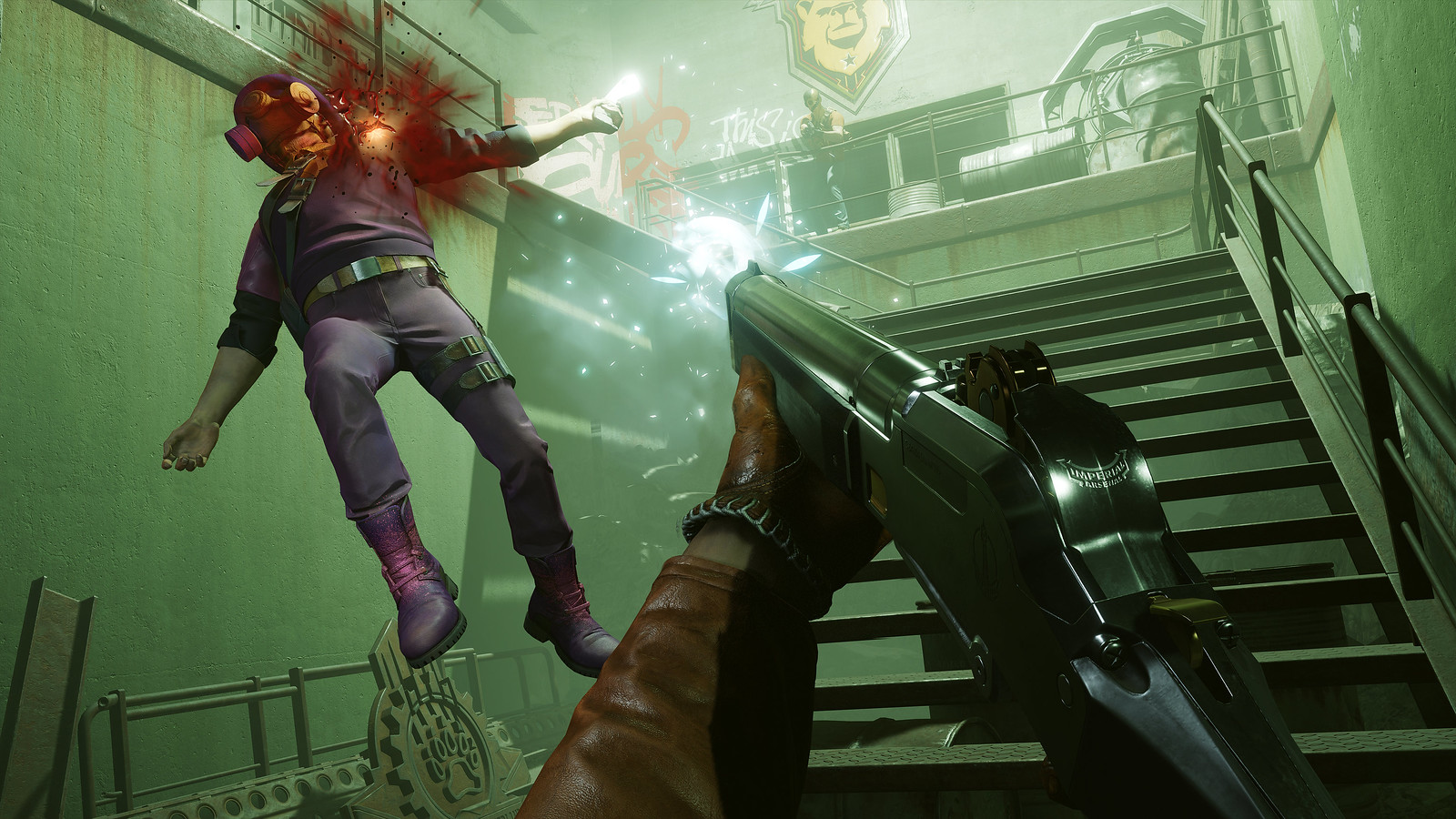 “Always wanted to practice skeet shooting, but with Eternalists instead of clay pigeons?” asks Tools Programmer Nicolas Buisson. “Look no further! With this build, you go to any crowded area, link your enemies and make them fly while you pick them out of the air. Take them all out in one stylish swoop. As this build requires a lot of Slab power, Vampire and Juiced Up will help you keep the power flowing.”

Deathloop is out now on PlayStation 5. Go break that timeloop.