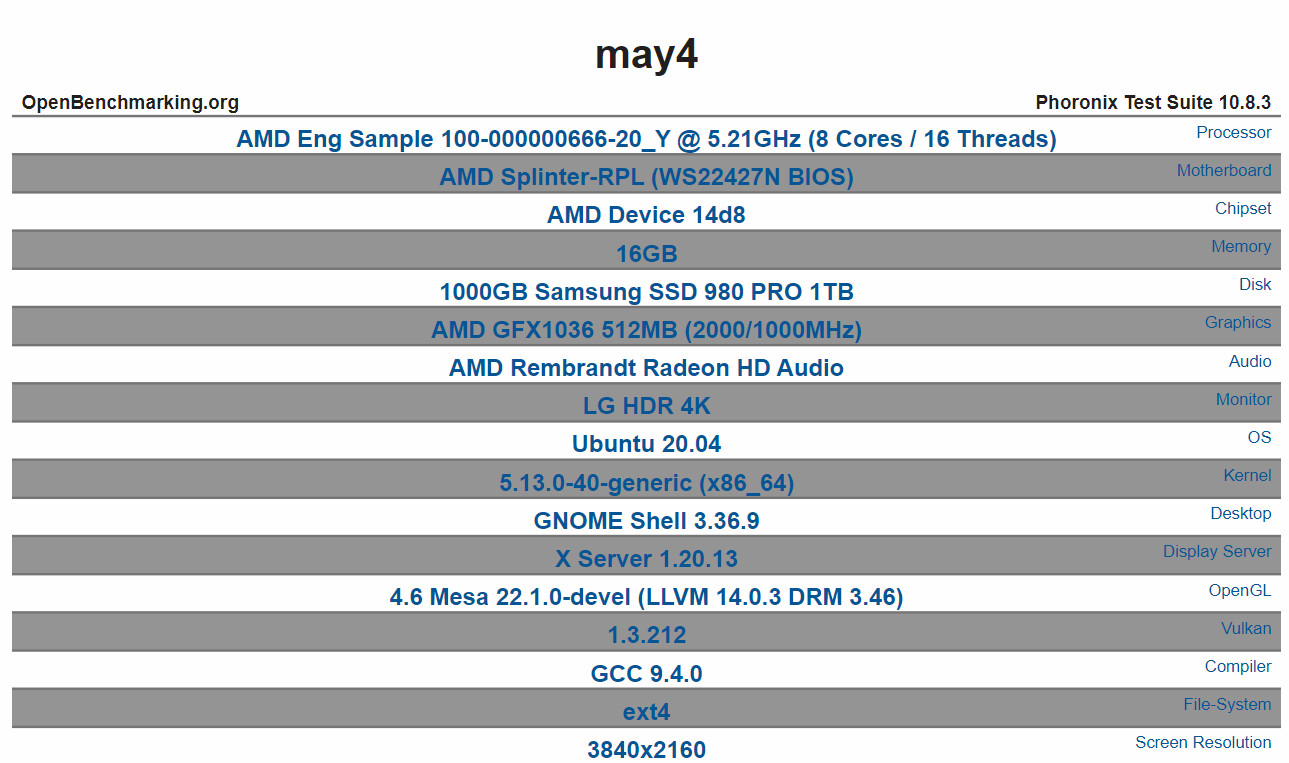 It appears that one of AMD’s partners has a Ryzen 7000 CPU or APU, with integrated graphics up and running in Linux. Based on details leaked, courtesy of the partner testing the chip using the Phoronix Test Suite and submitting the results to the OpenBenchmarking database. The numbers are by no means impressive, suggesting that this engineering sample isn’t running at the proper clock speeds. For example, it only scores 63.1 FPS in Enemy Territory: Quake Wars, where a Ryzen 9 6900HX manages 182.1 FPS, where both GPUs have been allocated 512 MB of system memory as the minimum graphics memory allocation.

The integrated GPU goes under the model name of GFX1036, with older integrated RDNA2 GPUs from AMD having been part of the GFX103x series. It’s reported to have a clock speed of 2000/1000 MHz, although it’s presumably running at the lower of the two clock speeds, if not even slower, as it’s only about a third of the speed or slower, than the GPU in the Ryzen 9 6900HX. That said, the GPU in the Ryzen 7000-series is as far as anyone’s aware, not really intended for gaming, since it’s a very stripped down GPU that is meant to mainly be for desktop use and media usage, so it’s possible that it’ll never catch up with the current crop of integrated GPUs from AMD. We’ll hopefully find out more in less than two weeks time, when AMD has its keynote at Computex.