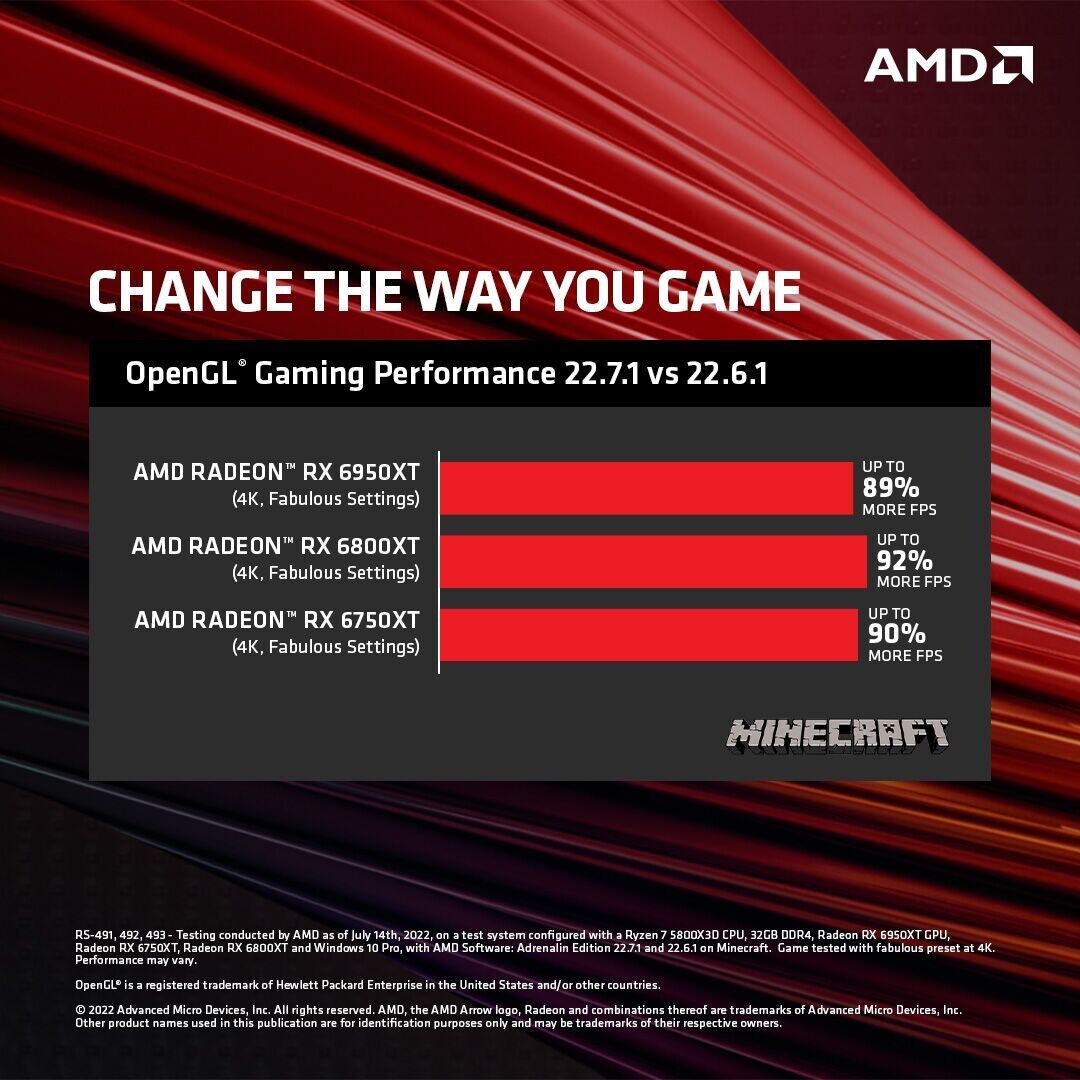 AMD on Tuesday released the AMD Software Adrenalin 22.7.1 drivers, which include several major updates to the feature-set. To begin with, AMD has significantly updated its OpenGL ICD (installable client driver), which can have an incredible 79 percent increase in frame-rates at 4K with “Fabulous” settings, as measured on the flagship RX 6950 XT, and up to 75 percent, as measured on the entry-level RX 6400. Also debuting is AMD Noise Suppression, a new feature that lets you clear out your voice-calls and in-game voice-chats. The software leverages AI to filter out background noises that don’t identify as the prominent foreground speech. Radeon Super Resolution support has been extended to RX 5000 series and RX 6000 series GPUs running on Ryzen processor notebooks with Hybrid graphics setups.