A Hero Returns in Call of Duty: Modern Warfare Season Three, Available Today on Xbox One

A familiar face from the Call of Duty: Modern Warfare campaign on Xbox One makes a surprise return for Season Three today as well as in the free-to-play Warzone combat experience.

Get ready for another 100 Tiers of content in the Season Three Battle Pass system, available in Modern Warfare, including the free-to-play Warzone.

There are two new weapons that will be free for all players. At Tier 15, you’ll unlock the Renetti sidearm that competes with the other 9mm options that also has an available three-round burst attachment.. The second weapon, the SKS Marksman Rifle is unlocked at Tier 31, an old reliable semi-auto carbine whose variety of configurations helped it stand the test of time.

Purchasing the Battle Pass or Battle Pass Bundle (includes 20 Tier skips) will grant you Alex – Echo 3-1 himself – as a Coalition Operator. You’ll also unlock a new skin for Yegor, as well as the ability to earn the contents of all 100 Tiers, which will include unique weapon blueprints, charms, operator skins, and finishing moves… including one that brings back an old “man’s best friend” from the classic Modern Warfare franchise.

Have the full version of Modern Warfare? Then get ready to battle it out on a trio of fresh 6v6 locales.

Call of Duty fans that played Call of Duty 4: Modern Warfare will get a blast from the past in Talsik Backlot, a remastering of the classic map Backlot. Wrest control of various buildings and overwatch points, including a building under construction in the heart of this urban city.

Another familiar map that adds to the Multiplayer experience is Aniyah Incursion, a 6v6 version of Aniyah Palace. With the battleground shrunk down to the center of the Ground War map, expect frenetic combat to take place inside these palace walls.

Rounding out these maps is Hovec Sawmill, a never-before-seen map based in a sleepy farming village under peril. Get ready to fight in and around a blazing sawmill that serves as the focal point for this humble community. Here are some exclusive quick tips for mastering this map:

Download Call of Duty: Modern Warfare now from the Microsoft Store and see what else Season Three has to offer! See you online. 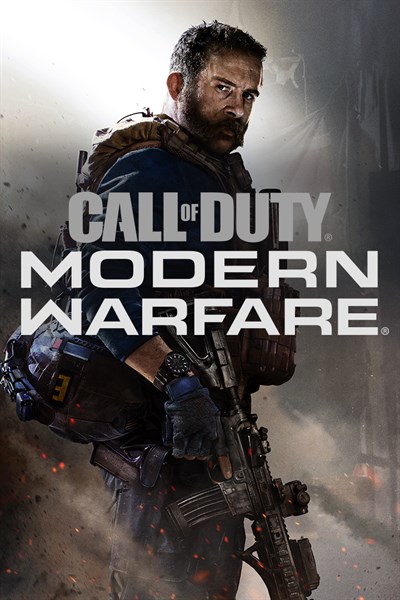 Prepare to go dark in Season Two of Call of Duty®: Modern Warfare®.

Experience a visceral Campaign or assemble your team in the ultimate online playground with multiple Special Ops challenges, a mix of Multiplayer maps and modes, and the franchise’s premiere Battle Pass system.

You also get access to Warzone, the new free-to-play experience from Modern Warfare®.

Developed by the studio that started it all, Infinity Ward delivers an epic reimagining of the iconic series from the ground up.

Lock in, level up, and join the ranks with the latest edition of Modern Warfare®. Stay frosty.

*Call of Duty® Points can be used for purchase of the Modern Warfare® Battle Pass.