Deliver Us The Moon tells a sobering tale about a possible future – one in which resources on Earth have run out. Set in the middle of the 21st century, the game sees players embark on a one-of-kind journey as they become Earth’s last astronaut to go to the moon, where humanity has established a colony to harvest and process a powerful isotope: Helium-3. The colony provided Earth with energy, but has fallen silent. It is up to you to uncover what happened to the colonists and restore the energy transmission to Earth!

We are super excited to see Deliver Us The Moon lift off on Xbox One and with Xbox Game Pass today! Here we look at five things that make you feel like a real-life astronaut in the game.

An astronaut needs a vessel to hurl themselves into the vast emptiness of space. A resilient and reliable spaceship to ensure a safe journey. Deliver Us The Moon has you covered: ex-World Space Agency veterans have united to assemble the materials and fuel required to send you off to the moon. All you have to do is initiate the ground launch sequencer, retract the orbital access arm, engage the hydrogen burnoff system, and more…

The stars and planets move along the celestial firmament in what seems to be a slow and majestic dance. But looks can be deceiving. The Earth and the moon drift through space at incredible speeds. Utmost precision is required to dock your ship safely to the Pearson Space Station, which provides passage to the lunar colony.

Tethered to the moon by means of an enormous space elevator, the Pearson Space Station is a large facility through which astronauts need to navigate themselves in zero gravity. Everything is floating up here. Freedom of movement in six degrees takes some time to get used to, but the experience is well worth it.

Hearing Sound in a Vacuum

Sound consists of vibrations through a medium. On Earth, we’re used to hearing sounds through the air, walls and even water, or echoing through hallways and caverns. On the moon, however, there isn’t any air for sound to travel through. The only vibrations you’ll hear, are the vibrations that are directly passed through the ground or the things you touch to your suit. There, it brings the air in your suit in motion, which translates to sound – but different than what you are used to on Earth.

One small step for a man, one giant leap for mankind: follow in Neil Armstrong’s footsteps as you tread on the moon’s desolate surface to fulfill your mission. Use your lunar rover to traverse the landscape and restore the lunar colony to a functional state.

If you ever wanted to experience what it would be like to be a real-life astronaut, then dare to leap with Deliver Us The Moon on Xbox One and with Xbox Game Pass starting today! 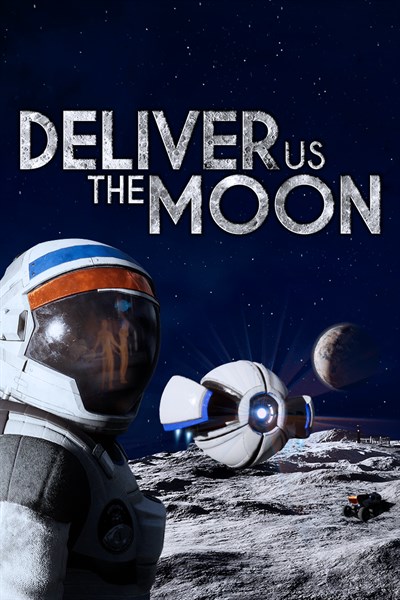 Deliver Us The Moon

?????
14
?????
$24.99
Get it now
Xbox One X Enhanced
Xbox Game Pass
Deliver Us The Moon is a Sci-Fi thriller set in an apocalyptic near future, where Earth’s natural resources are depleted. A lunar colony providing a vital supply of energy has gone silent. A lone astronaut is sent to the moon on a critical mission to save humanity from extinction. Will you save mankind or be forgotten in the dark abyss of Space?

Related:
Minecraft Releases Blockdown Simulator Map for Free for Java Players
The Most Relaxing Games on Xbox Game Pass
Next Week on Xbox: April 28 to May 1